Last night I got a message from Gary at All Seasons Covers asking where we were as today the weather might be good for them to make patterns for our covers. So this morning we stayed put outside the Slipway pub. 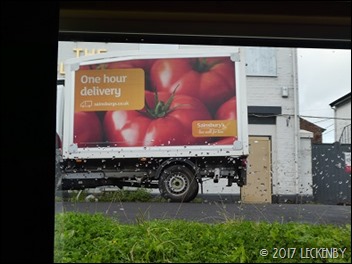 At around 9am our shopping arrived. Once off loaded I was left to stow all our purchases away. It’s a good job we had it delivered today as last night the last of our two wine boxes ran out. But now the wine cellar is full again.

NB Blackbird have been in Burscough for a couple of days and were wondering if we’d be joining them down the locks on the Rufford Branch. But with Gary soon to arrive we suggested that they carry on without us, we didn’t know how long we’d be. Luckily they partnered up with another boat, we’ll catch up with them tomorrow. 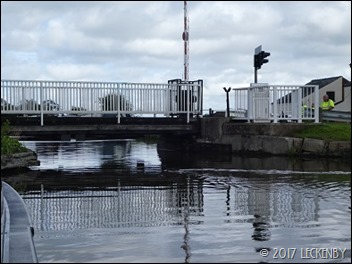 A couple of boats arrived coming away from Liverpool and there seemed to be a lot of people stood around the control panel for the swing bridge. Then there were more, it wasn’t working. One chap started to try to encourage the barriers, but that wasn’t going to help, most probably make things worse. They called C&RT who said they’d send someone out. About fifteen minutes later another two boats had arrived , then a C&RT van turned up and parked by us. That was a quick response we thought, except they were here to find a work boat. They tried to get things working, but had no luck, so the ever increasing number of boats had to wait. In the end one of the Lock Keepers from Liverpool turned up, he seemed to take no time at all to get the bridge back working and penned the now six waiting boats through. Several more boats came and went through during the morning and everything worked fine. 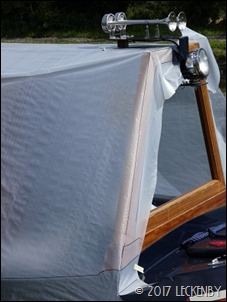 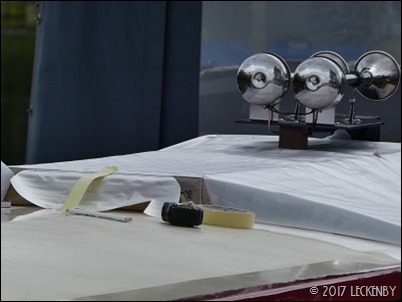 Gary, Ray and JP arrived around half ten. A passing shower and gusts of wind this morning had threatened their pattern making but the sun was doing it’s best to break through and they persevered with the wind. Ray and JP set about making a pattern for the cratch cover. A large sheet of what looked like white tarpaulin was taped onto Oleannas bow over the cratch board. Once in position some nips and tucks were stapled into it to make a better fit and then the shape of the boats underlying metalwork and woodwork were drawn on. This was really quite quick to do. The stern was going to take a bit longer. 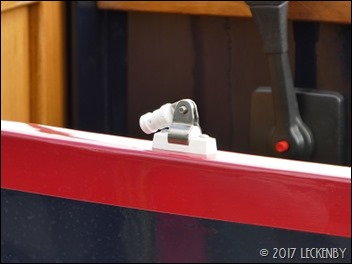 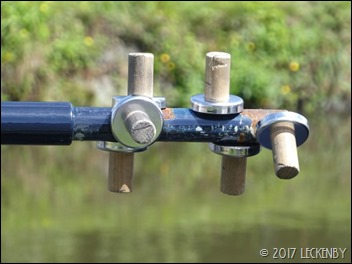 Gary started by fixing the hinged brackets that will hold the pram cover framework to the hull. Various lines were drawn in china graph across the roof and down onto the sides of the cabin. A discussion was had as to how far to come with the sides of the cover. One option was to stop where we have a scroll on the grab rail, this would mean the front of the cover would come round to meet it, but this would be very upright which isn’t good. The other option was to keep the front straight which would cover the scrolls, but give a better line to the canopy. We decided on turn buckles to fix it to the roof and these were riveted into place. 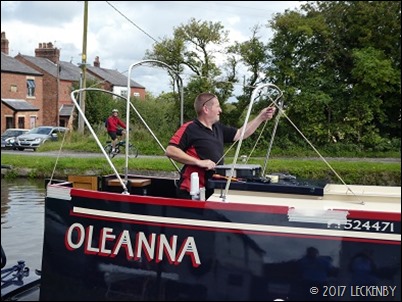 They had already bent three Stainless Steel tube frames to measurements Gary had taken when he’d visited us two weeks ago. These were temporarily put onto the brackets to check their heights. A few inches need to come off them and then they were linked together with twine being held to the cabin roof and the backdoors. Once the overall shape and height were looking good the other side was tied in place. Ray stood at the front of Oleanna to check they were sitting straight, once every angle had been checked they could then start on the pattern. 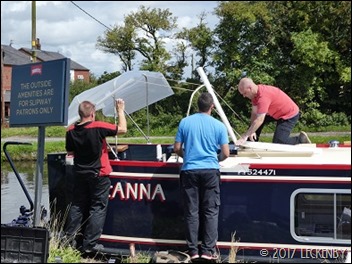 The framework had double sided tape on it and marks where the roof section would finish. More white tarpaulin came out, it was laid on each section of the roof in turn. All three of them worked on the patterns. The front panel was marked up and then separate sheets were used for the sides. When Andy Russell did our sign writing we had asked him to put the C&RT number where it was unlikely to be covered by a pram cover. The chaps today added the number onto their template so that the cover can be tailored round it as it will stretch that bit further along the cabin side than we’d first thought. 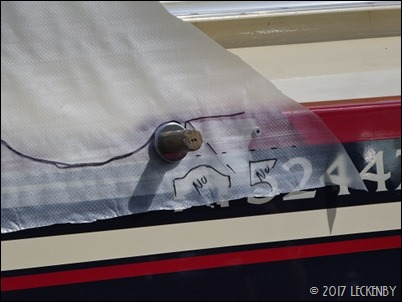 With all the templates done we chatted through windows and zips. We’ve chosen a blue canvas that best suits Oleanna’s blue cabin sides which should be with them tomorrow. All being well they will be back with us at some point next week to fit them. Other companies said that they had a 14 week waiting list and then they would need to do three visits and our covers would take 4 to 6 weeks to make. Gary and the chaps spend much of their time making covers for Collingwood Boats, but they are currently on what once was known as Factory Fortnight. So we have timed being in their area very well as at other times of the year we’d have had a much longer wait.

As the chaps packed up a familiar boat came into sight. NB Autumn Bliss was the boat a couple of weeks ago where the crew didn’t realise that they should maybe lend a hand at locks. Their steering skills have not improved, pulling up for the bridge they ended up managing to bump into a cruiser on the off side, they were so far over it looked like they were trying to wind. Really hope that they did no damage. The crew may have been the same that we’d seen before, but today they were more suitably attired. White jacket replaced with anorak and jeans. Wonder if they are making their way to Liverpool! 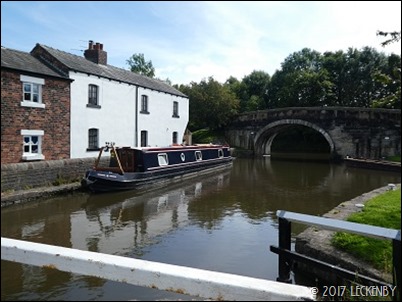 After lunch we decided to make the most of a sunny day and start to make our way down the locks on the Rufford Branch. Sadly there was no-one to share with, just a lot of gongoozlers. There is a swing bridge just above the first lock, would it budge, no way. Mick gave it some extra umph and we got it moving, his assistance was needed again to get it closed. 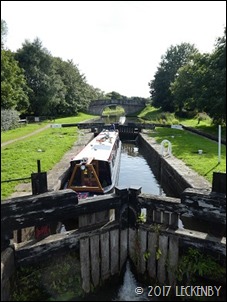 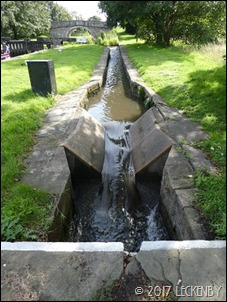 The locks have many similarities to those locks on the Leeds Liverpool canal much further east, with ground paddles in boxes and cloughs. Many of the bottom gates have geared paddles which takes a lot of winding. After the first two locks we lost our audience and got deeper into the countryside. it’s hard to think that two days ago we were leaving the centre of Liverpool and now that all seems a different world away. 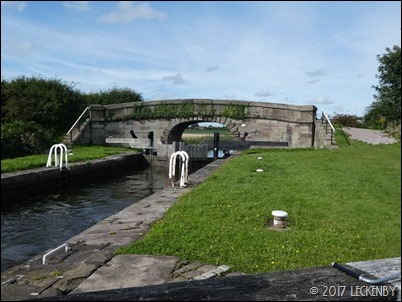 Our diesel tank is down to a third full, tomorrow we will fill up at St Marys marina so we have stopped one lock up with fields all around us. Perfect friend country! So perfect that Tilly had to be picked up and returned to the boat before she found yet another friend. 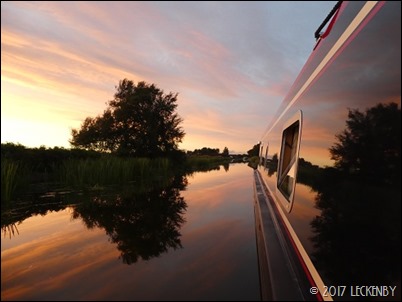 1 thought on “Three Men On A Stern. 7th August”