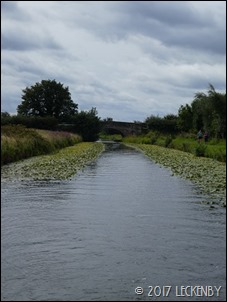 Our mooring last night had been very quiet, no other boats joined us as the Liverpool bound boats had all elected to moor nearer Hancocks Swing Bridge. Having stopped at both bridges we preferred it here, less traffic and far more cat friendly. My varnished poles did however get a kick from a passing lad on a bike, at least it was touch dry by that time. 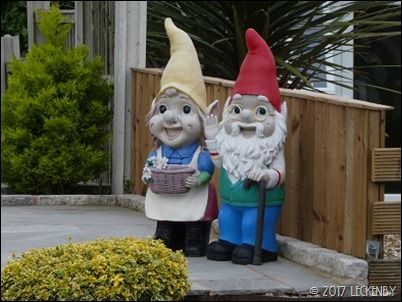 After breakfast we started to make our way back towards Burscough and the junction with the Rufford Branch. Because we were on our own that meant that I got all of the swing bridges. Seven in total, none operate the same. As we got closer to the first bridge there were fishermen all set up for a match. We sussed pretty quickly that they hadn’t started yet. As I headed up to the bridge to turn the key of power one chap rushed past and crossed the bridge. A gap in traffic allowed me to start the bridge going, the fisherman returned and waited patiently with some bananas and a drink in his hand. As soon as we were through and the barriers rising he was straight back across and back to his pegg for the match. Another group were just around the next bend, they hadn’t started yet either. But as we reached the final two there was a shout and all but the last two rods went across the cut, laying bait. Suspect they’d waited for us to pass before starting the match, maybe the last two fishermen didn’t count!
At the third bridge Methodist Swing Bridge there were a couple of narrowboats coming through, but then the bridge closed. A load of cars crossed explaining this. I hopped off and waited for a gap in traffic before turning the key. On this bridge you turn the key and the Open and Close buttons light up. You then press the Open button until it flashes to indicate that the barriers have been released for you to go and swing them into the road closed position, you then press the button to swing the bridge. But no matter what I did the light did not flash and I’d made sure that I’d red the instructions fully. Mick came to have a go too. A lady who had brought her dog for a look (a popular pass time in Maghull) made suggestions too, which were very obviously wrong. Mick tried everything too. We reset the panel, still nothing. It was starting to look like we’d have to call someone out, until Mick pressed the Emergency Stop button then we reset the panel, left it for a minute, then hey presto it worked and we could carry on our way. 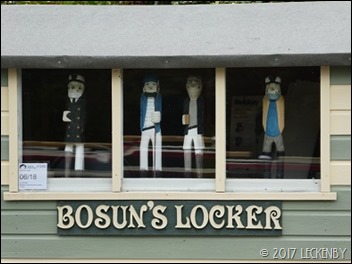 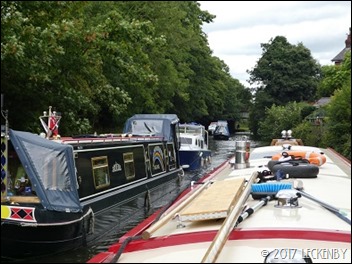 There were so many boats coming towards us at times, mostly cruisers, one being towed by a narrowboat. Think a boat club had been out for the weekend. It was the most boats we’ve seen moving for ages. Part way through Halsall Cutting Mick requested that I take a photo of a sign so that we could read it. He’d seen it on the way to Liverpool, but it had been far too small to read from a passing boat. It said “The construction of the Leeds Liverpool Canal began here on the 5th November 1770. The first spadeful was cut by the Honourable Charles Mordaunt of Halsall Hall, accompanied by surveyor Samuel Holmes. Work continued periodically for another forty six years until the 19th October 1816 when the main line of the canal linking Leeds to Liverpool was finally complete.” A sign interesting to all that pass, so why not make it bigger and easier to read. 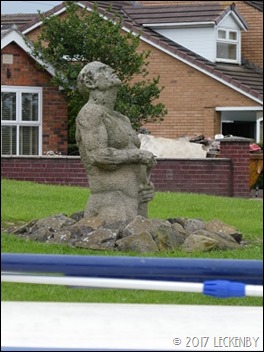 A brief stop for lunch after The Saracens Head and we continued onwards. It then started to drizzle, so I retired indoors to strip yesterdays chicken and wait for us to reach the next two swing bridges. A disused swing bridge alerted me that we were near, so with coat on and key in hand I hopped off to stop more traffic. The rain wasn’t too bad so I walked between the bridges and set the next one in motion as Oleanna arrived. We had reached our chosen destination just as the rain set in in earnest. We are back where Finesse had come to do snagging ten days ago, the prefect place to get a supermarket delivery in the morning. Our stocks have gradually been getting lower and lower over the last couple of months. The size of our order may mean that our draught increases back to where it was prior to Finesse removing ballast, but at least the wine cellar will be full again!