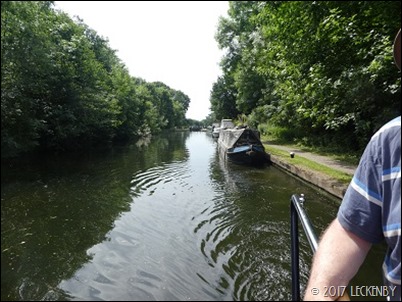 According to the weather report today the temperature could reach 30C and it certainly had the potential to get higher. Mick dug out a different sun hat for me with a wider brim than my cap so that I’d have a bit more personal shade. Normally on days as hot as this we’d find some shade and stay put. But at the moment we need to keep heading north as we have an appointment at the end of the month which would be easier to get to by boat. But at the same time we don’t want to get too far as I have a meeting in London next week, so the West Coast Main Line needs to be on our doorstep for a few days. So with this all in mind we pushed off to see how far we’d get before the heat got too much for us. 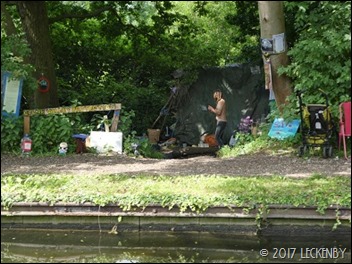 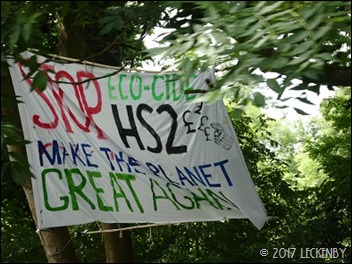 Along the long straight to Widewater Lock a twenty first century Swampy has found himself a clearing and has camped out where HS2 will cross the canal. On our way south I spotted that he wasn’t on his own as his camp fire was surrounded by a selection of cuddly toys, today they must have sought extra shelter as they were nowhere to be seen. 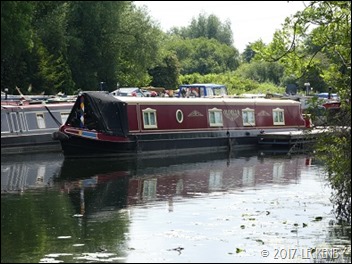 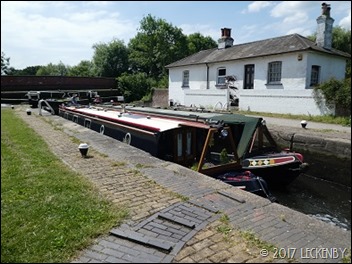 A couple of boats turned out of Harefield Marina one towards us the other towards the lock. There seemed to be plenty of crew on board so we’d have a lock partner for a while. As we approached the lady at the helm realised that we were close behind, seeking permission to join them (it’s only polite to ask). There was a chap who we asked and he said he thought it would be alright, it turned out he was nothing to do with NB Glissanda, but luckily it was fine with them. When you mention how old Oleanna is people sharing locks tend to panic a little, not wanting to bump or scrape us. But by now we’ve already done 350 miles and around 250 locks we already have the scars to prove it. Our partners were only going to do the first two locks, wind, have lunch and then head back to the marina, so we waved goodbye to them at Black Jacks Lock and carried on our way. 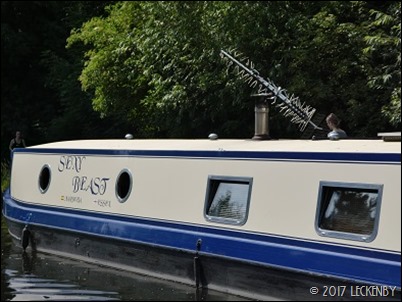 My wide brimmed hat was now getting too hot and the outdoor sensor on our weather station was reading in the 40’s. There was a risk of being burnt when touching the hatch as it was soo hot. So after Copper Mill Lock we found a shady spot and pulled over for lunch. We quickly decided that we’d had enough and called it a day. This pleased Tilly as she would have hours to explore the undergrowth. Mick sat outside in the shade whilst I busied myself sorting through photographs that people have sent me to compile a port folio of my theatre work. 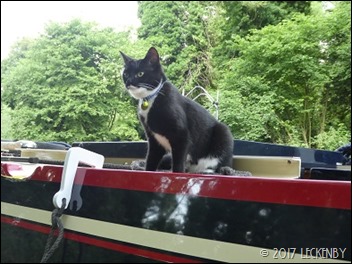 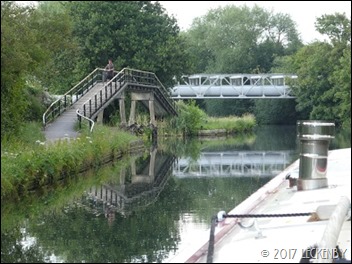 Our mooring was shady, but quite close to a sewage works! Every now and then there would be a whiff of pooh, was this a suitable place to spend the night? Maybe not. The afternoon was cooling a little and there was a bit of cloud cover. Tilly had been hanging around the boat exploring the roof so when she got near the side hatch she was encouraged inside, so at 5.30 we pushed off again. Under the giant pipes of pooh we headed on. The pound after Springwell Lock was way down, so we made sure all paddles were closed fully and that the gates were firmly shut before carrying on. We ended up crawling some of the way along the bottom to Stockers Lock. Once up the lock we pulled in at the first of the visitors moorings. Hooray a second place to explore in one day! 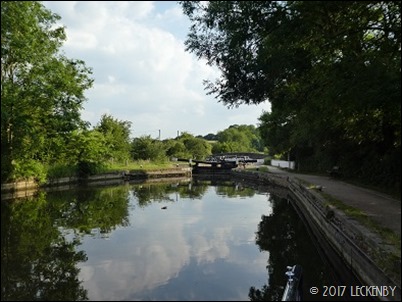 A few boats came past us most coming up, the last NB Ciderapple at about 9 pm all making the most of a slightly cooler evening.

With the forecast similar tomorrow we’ve decided that we’ll try to get up extra early and cruise before the heat of the day gets going. 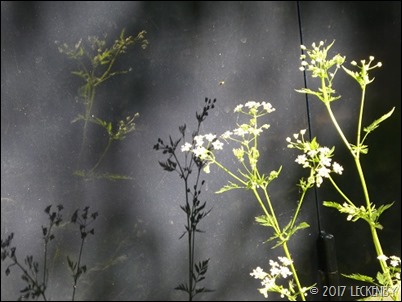