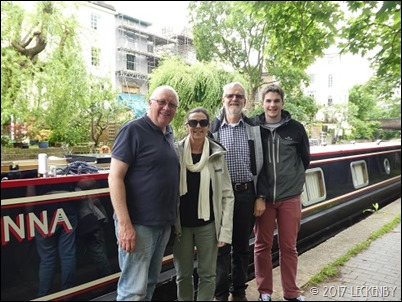 So we are pottering away the morning, me inside, Mick checking the gear box oil, weedhatch and stern gland when I hear him talking to someone. Not unusual, we often get asked questions about living aboard by passersby. These people had Australian accents and didn’t seem to be asking the normal questions. We are normally friendly in these situations, but today the tone was one far more friendly, infact it was ever so friendly. The penny dropped and I popped my head outside to check that I was correct. Siobhan, Patrick and their son Tom were stood chatting away on the towpath. Patrick and Tom had flown in last week from Newcastle, Australia to join Siobhan. They had thought that we’d be long gone and heading north by now so no chance of meeting up with us. Today they’d decided to have a walk along the towpath up to Little Venice and Warwick Avenue and there we were. Very good to see them and another guided tour, we really should start to charge, might even have made enough by now for a cratch cover! 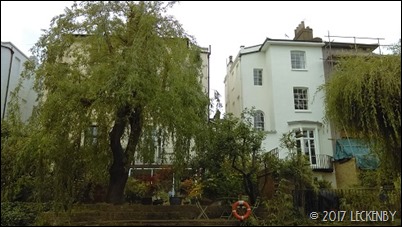 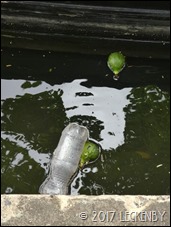 When we’d pulled up yesterday we’d had to push a traffic cone out of our way so that we could tie up tight, there are numerous trip boats that come along this stretch so tighter ropes are good. Even so we are at a slight angle due to a ledge, so stuff tends to congregate between us and the towpath. Today we have collected a few things, but mainly figs! Birmingham and Leicester it’s coconuts, here in Primrose Hill it’s figs. There were also quite a few balls that had come over the high fence behind the towpath from the school there. We managed with the help of a passerby, who’d been asking questions, to return a tennis ball we’d acquired. Further up the moorings a young girl had rested her foot on a moored boat to be able to reach a floating ball, but the boat was very loosely tied. Her age meant that she was quite supple and doing the splits as the boat drifted out didn’t seem that alarming, luckily someone helped by pulling the boat back in before she toppled into the water to join the football. 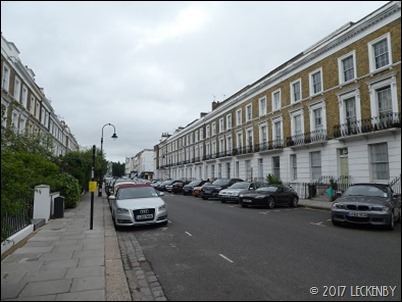 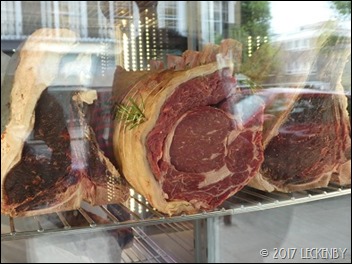 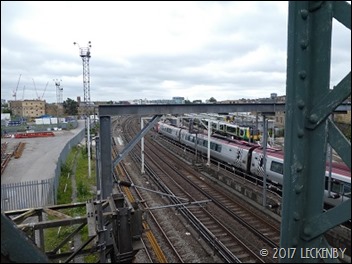 A walk around the area was needed, so first we climbed up off the towpath to Gloucester Avenue. My word it’s posh around here! One For Sale sign we went past was for a 2 bed maisonette/apartment, sadly now sold, but on the market for a mere £1,200,000! Another bedroom would bump the price up by another £300,000. Most properties are immaculate and some were having new coats of white painted added as we walked past and not a single Ford Fiesta parked on the street. A few more streets and we walked up Regents Park Road past all the shops and cafes. Now I like to try to support local shops and butchers especially attract me, but the butcher here with it’s chilled display of well aged ribs off beef I suspect would cost nearly as much as out kitchen worktop, so we’ll be heading to Morrisons for a roast this weekend! 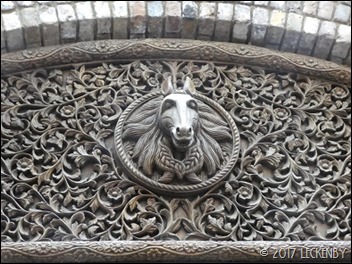 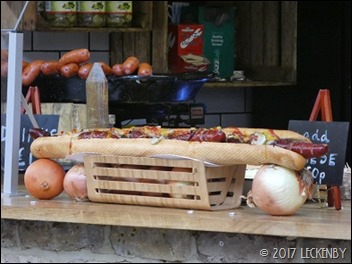 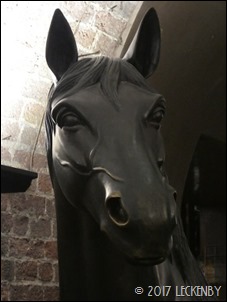 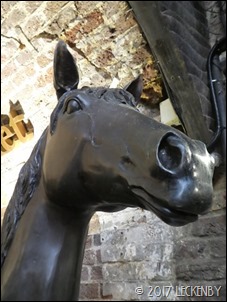 We back tracked and walked over the railway, the ‘other side of the tracks’ and soon the whole atmosphere changed to that of Camden. Since I lived in London the whole market here has expanded greatly. I remember having a job once covering polystyrene rocks with sheets of lead for a ballet in one of the arches, it might have been snowing outside/inside at the time. Now all the arches are part of the Horse Hospital and Tunnel Markets a tourist hotspot. It’s a useful place should you want some vintage costumes, if your budget is enough, but the majority is London hippy tat. There are numerous different food stands by the lock, all displaying the dishes on the counter. One certainly didn’t take my fancy, even though the filling of the wrap looked nice from the front the blue paper towel at the back might have been a touch difficult to digest. Our turn to be gongoozlers, however no boats were going through the lock. Between the two chambers is a finger post pointing towards our next destination in a month or so’s time. 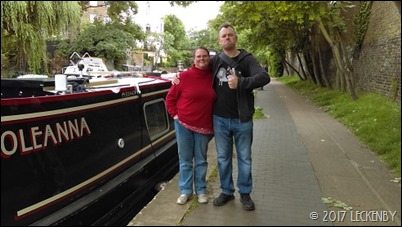 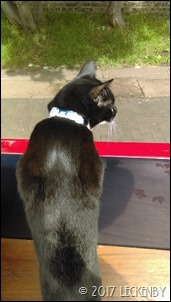 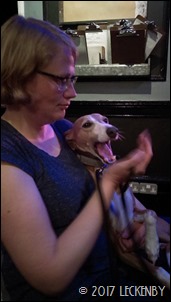 This evening we were met at Oleanna by my friend Nick so that he could check our stern gland and the fit out. He’s a hard customer to please, but seemed to be impressed if not a tad jealous of all our storage which is more than he has in his flat. A walk back through Camden to rendez vous with Kerry and Harry their dog at Tapping the Admiral. The made to order pies will have to wait for another time as there were no tables free, so after a couple of pints we moved on to  The Grafton where a space upstairs meant we could spread out and enjoy their beer, burgers and our conversation. We left shortly after a huge downpour and as the first of the constituency results were being announced. 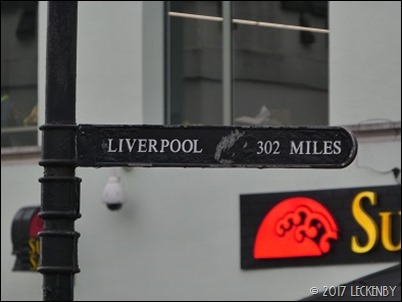