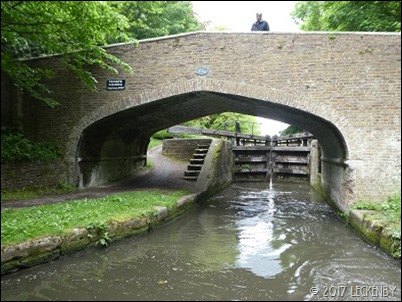 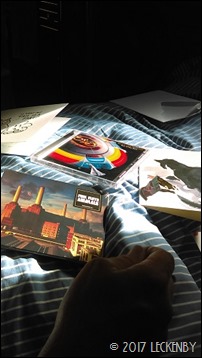 Having managed to keep lots of things secret yesterday Mick was very surprised when I handed him three presents and a couple of cards this morning in bed! He does surprise quite well. Originally we were going to have a cooked breakfast but with 6 miles, 8 locks and a festival to navigate our way through we thought we’d best not take our time, so the birthday breakfast has been postponed until tomorrow. NB Book and Spud came past as we were finishing our cereal they were only heading down this lock today so we didn’t feel the need to rush to join them. 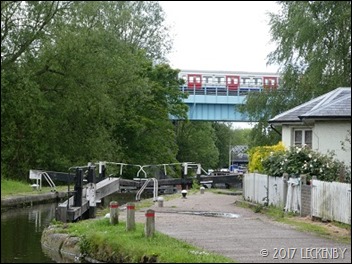 We paused for quite a while to fill the tank at the water point above Cassiobury Bridge Lock and watched the tube trains coming and going from Watford. Two swans were starting to make a nest on the other side of the cut. Mum was sitting down and collecting any sticks around her whilst Dad was passing sticks back to her, a true team effort. 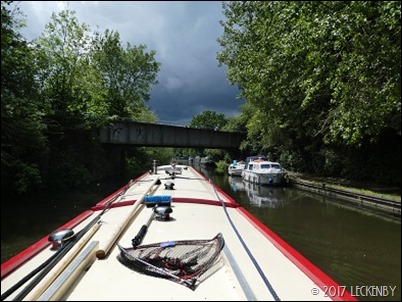 The sun that had greeted us this morning kept being hidden by very black clouds all day. From glorious sunshine one minute to torrential rain the next. I really thought that Mick could have arranged his birthday weather better. 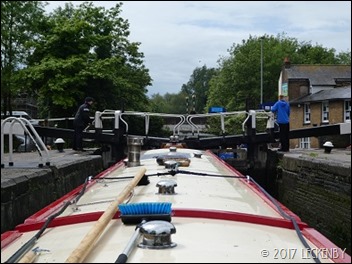 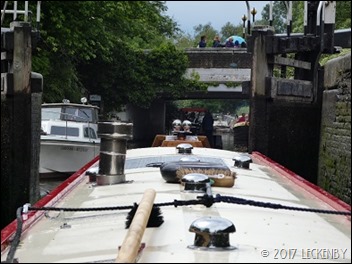 Over the last few days we had heard that Rickmansworth Festival was on this weekend and doing a bit of research on the internet we realised that we would be cruising right through the middle of a lot of boats, however there were more than we’d imagined. At Batchworth Lock the local Sea Cadets were helping to work boats through, with three trip boats going back and forth they were being kept busy. The two lads on the gates were quite soggy from the storm that had just passed over, but chatted away whilst we waited for the next trip boat to load up, reverse and eventually come into the lock. Once it was our turn I jumped onto Oleanna and took the opportunity of a ride down, it also looked like it would make things a lot easier if I was on board as the way through the bridge below was blocked by boats. 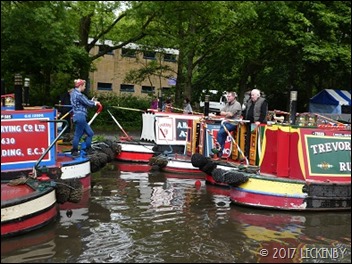 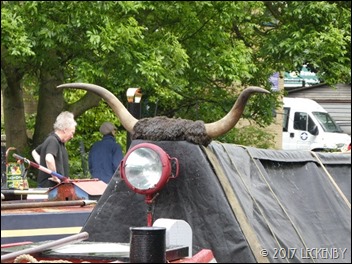 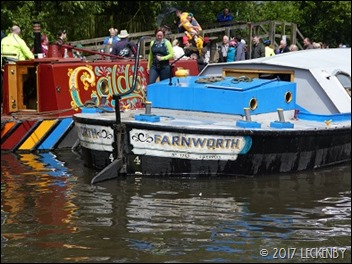 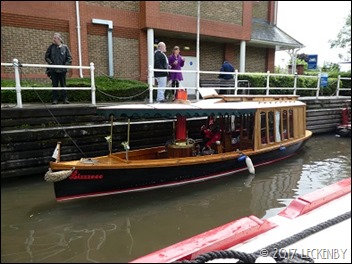 Below workboats were breasted up four deep and we were very glad of our narrowness. We’d wondered about pulling into the Tesco mooring for a paper, but there were boats there too, so we carried on. A vast array of boats and lots of music from every direction greeted us as we crawled past. I suspect we were the newest boat in the whole pound. 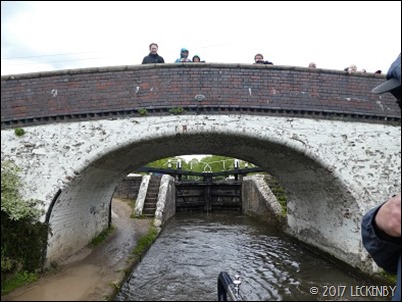 At Stockers Lock a boat was rising, so I went to lend a hand. Most of the time was spent asking gongoozlers to please move to the other side of the lock beams otherwise they would get pushed in. It was just like a sunny Sunday afternoon at Foxton, except there was only one lock and the heavens opened as we were going down. 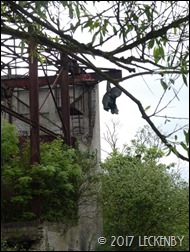 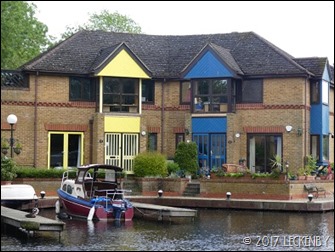 At Copper Mill Lock there was a  family with two young boys enthusiastically helping a boat up, they stayed to give us a hand. Mum and Dad were as enthusiastic as the boys were, wanting to know how far you can travel in a day. Our days are far slower than hire boaters so it was hard to give him an answer, 3-4 miles or about 4 locks an hour. I should have told him that the most we’ve ever done is 44 miles in a day, assisted by the tide, but I suspect he wouldn’t have been that impressed. 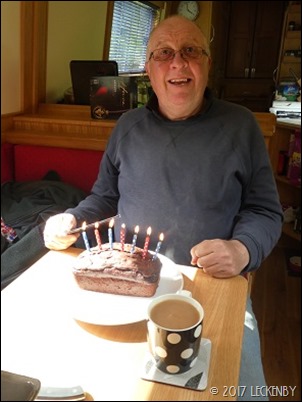 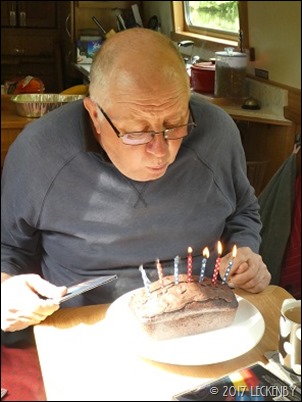 We stopped to drop off rubbish as they all raced down to the next lock to help there, Mick did tell them that we might just stop before it if there was space. Luckily there was and we pulled in between a couple of other boats and retired below for a cuppa and a surprise birthday cake with candles. One young lad walked past wanting to steal the cake but Tilly would have seen him off! 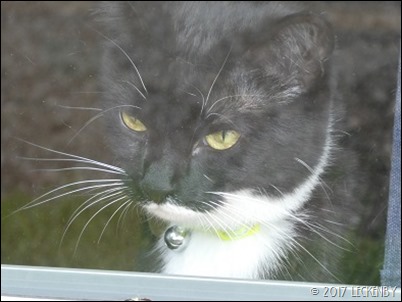 This evening we have booked a table at The Old Orchard for a Birthday meal. I believe it was recommended by Joa last year.