As I stepped out of bed this morning I had forgotten that we were on a list to port, so I stumbled across the bathroom. Luckily the list was no more than it had been yesterday evening. When it came to pushing off  we had to do a bit more pushing than normal. The bow moved out, but the stern didn’t seem to want to go anywhere. With a spurt of engine Mick got the back off and then of course back on the bottom. A few toing’s and froing’s and Oleanna was fully afloat again. 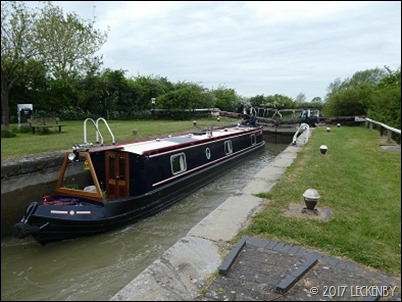 We had been passed by a couple of boats before we started this morning, one was a hire boat with six grey haired crew. As we approached the first lock the hire boat was ascending, I hopped off and walked up so that I could reset the lock when they were finished. They seemed very keen to lend me a hand which was very nice of them, but I really didn’t need it so said thank you and would they wait for us to join them at the next lock. They thought that there might be a boat waiting for them. 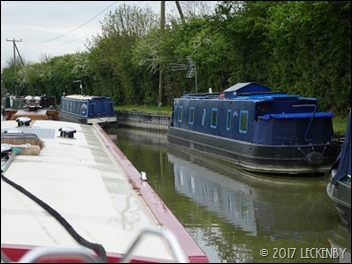 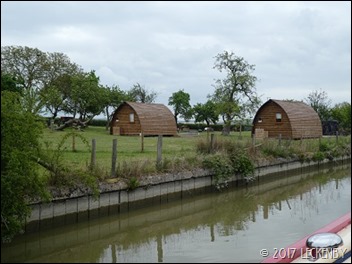 Up we came into quite a low pound, we crawled our way along and could see that the hire boat was rising in the next lock along with another boat. We didn’t risk pulling Oleanna into the side I just hopped off the bow and Mick then loitered in the deeper water. There was a single hander waiting to go down and four of the crew from the hire boat stayed to help. It was quite obvious that this was their first time and none of them really knew how things worked. Once the single hander was down I said that I’d be fine on my own just as the chap who’d been at their helm came to chivvy them along. 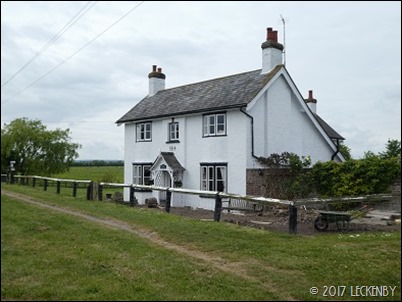 Along this stretch there are either pumping stations by the locks of rather nice lock cottages that boast their build date of 1914 above the front door. On we pootled, at the next lock the hire boat had just closed the gates as we approached, the other boat had obviously got bored of waiting and gone off ahead. The hirers hadn’t thought of waiting for us, even after me talking to them about saving water by sharing. So we came up hot on their tails. A Red Kite swooped over head just out of arms reach, sadly I didn’t have my camera with me. 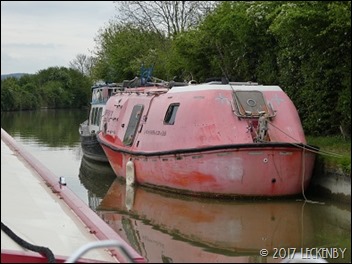 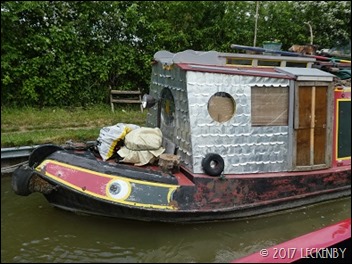 At the next lock we had caught them up so shared with them. It was now even more obvious that none of them really knew what to do, they were very nice with it, but I felt that the day was about to get very long indeed. Mick suggested that we go ahead to get the next lock ready, so I hopped on and we left them to faff closing up the lock. The boat ahead of them had waited, so we ended up sharing the rest of the days locks with NB Duxllandyn, leaving the hirers behind. 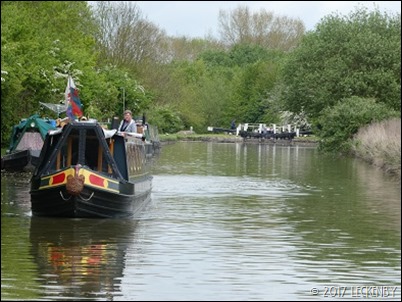 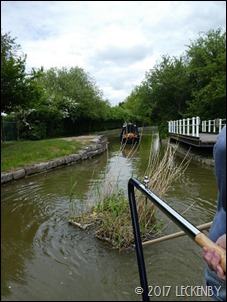 Mr Duxllandyn walked ahead to open Seabrook Swing Bridge for us to go through first as we were planning on mooring up soon afterwards. Under the bridge was a reed floating island which turned out to be covered in metal mesh a bit like a gabion. It moved as the bridge was swung and then Mick tried to move it out of the way, only to get our boat hook caught in it for sometime. At least it got it well out of the way for the next boats passing by. 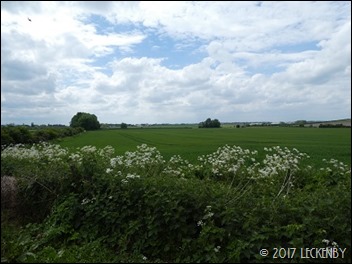 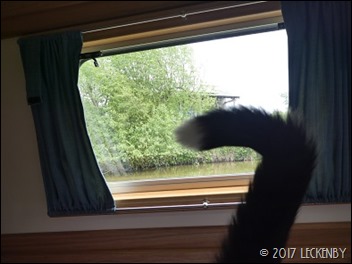 Once round the S bend involving a rail bridge and marina we pulled in right in front of a house we heard a lot about last year. Cedarwood House was built by Alison and Laura from NB Large Marge in 1999. They lived there until they moved on board NB Large Marge three or so years ago. What a location with a fantastic view and mooring to boot. Mick headed off to a shop that the Margees had pointed us to for our Saturday newspaper. 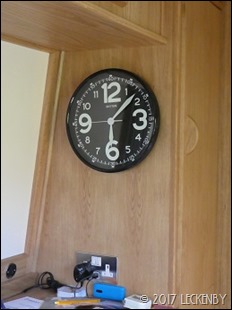 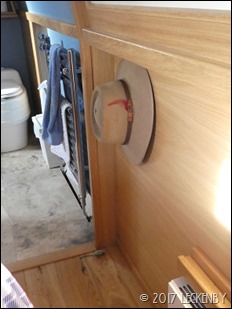 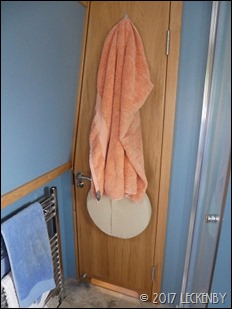 After a spot of lunch we decided that we’d stay put for the rest of the day and do some jobs. Tilly was allowed out to explore whilst we got the drill and screw drivers out. Hooks that we’ve had since leaving Sheffield have at last gone up on bathroom doors. At last we can hang the bathroom window bungs up along with our towels. A clock has gone up in the bedroom along with a hook to hang Micks’ Akubra on. A couple of boxes of stuff have been resorted and transferred into storage boxes and my model of Oleanna has come out of it’s tube and is now under the TV, back on display. 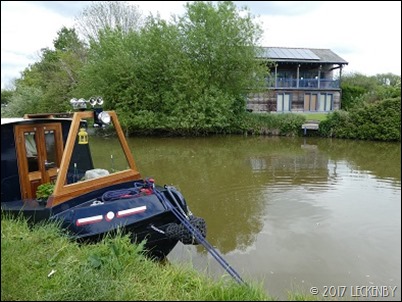 They seem to think it’s good here. But I’m not so sure, where’s my friend Jaffa!? The new people in his house have a woofer and they have spent the afternoon pulling up green that my friends tend to like hiding in. And he then put the green onto a heap that fell into the canal! 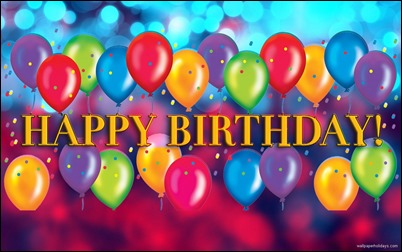 1 Big Happy Birthday to Frank from all three of us.