Fenny Stratford to The Globe,Old Linslade

Yesterday, when they had finished moving the outside, a couple of false stops and a long period of inactivity! I got chance to go out and explore. Some woofers and bikes kept me close for a while but then I ventured through the thick sideways trees. There in front of me was a huge wall of greenery, trees, plenty to climb and lots of opportunities to find friends. Once up and over the mesh that contained this green wonderland I forgot all about anything else, Wow!!!

This lush playground was one of the best I’ve come across, the hour and half I’d been given was certainly not going to be anywhere near long enough, so I just carried on exploring, jumping and climbing, this could take me days to do this new outside justice.

Darkness doesn’t bother me at all, cats have very good eyesight, scientifically proven you know! I started to head back to Oleanna as I was feeling a bit peckish and my food would have been sat there for a while waiting for me. I got to the edge of the green wall, but things were different. I could see the towpath, but no boats! I could hear Her calling, but no boats! Had they moved the outside with me in it? How could they!

I called to say where I was and She called back, but still no boats. Had the green wonderland brought me to a parallel towpath where I could hear them but not see them? Was I destined to spend the rest of my life running up and down the towpath following noises but never being able to return home!?! 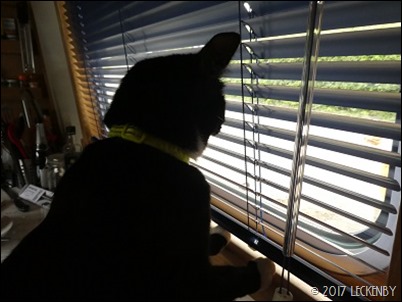 Familiar footsteps approached, could it be that Tom had managed to break through from the other towpath to find me. A large beam of light swooped along the towpath and reflected in my eyes, Yes it was Tom! Thank goodness!!! I took some persuading but in the end I had to trust him to jump through the sideways trees on the other side of this parallel towpath and I would return to the outside I had left hours ago. I held my breath and launched my whole being at the sideways trees. There was my boat with Her calling from the side! I didn’t have chance to check that I had made the leap across in one piece I just had to get back to the safety of the inside.

Tilly was gone till after 11pm last night! 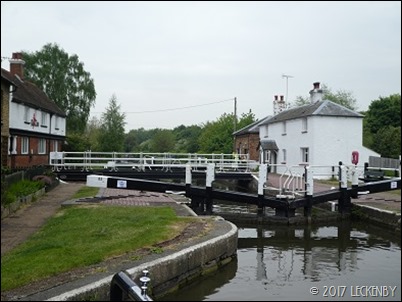 Today we saw to the yellow water tank and pootled up to the lock which volunteers had been painting between showers, luckily one of them came out to help, so no chance of getting black or white paint on me. Once filled with water we pootled along the pound leaving Milton Keynes behind escorted by Poplar trees most of the way. 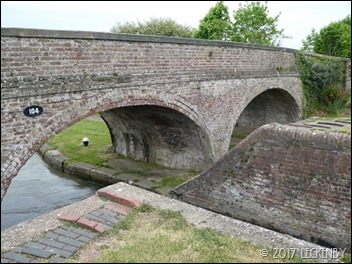 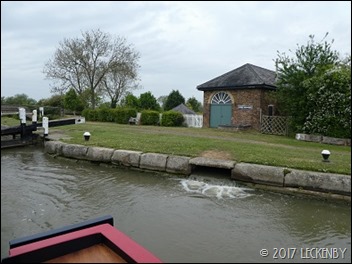 Stoke Hammond Lock welcomes you back into the countryside and is the first lock where you can see where there used to be a second lock chamber with it’s two arched bridge. The pumping station was hard at work back pumping to try to keep the levels up. 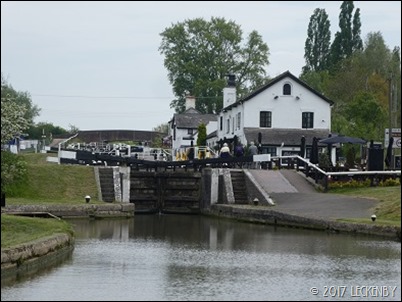 At Soulbury Three Locks I emptied the bottom chamber of a foot of water as a volunteer came down to chat. There was one boat just starting to come down the top of the three locks, so once up the first lock would we wait to swap locks with them, certainly. Of course with the lock half full a boat appeared behind, so we waited for them to join us in the middle lock. NB Pond Life were on a bit more of a mission than us as they were wanting to reach Aylesbury before the weekend, so they left the lock first and we followed.

The canal wraps itself around small hills, nestling up to the railway at times and then turning it’s back on it the next. Not far before we moored up outside The Globe Inn for the day, one space left along the road, we grabbed it as soon behind us would be the returning hire boats. A few boats ahead was the familiar sight of Heather (Mrs Bleasdale) mooring up Tench right outside the pub. We had successfully managed to meet up with Alarum Theatre Company on a show night. 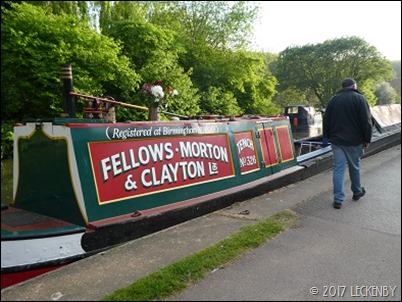 As soon as Heather had finished tying up she was round for a nosy on Oleanna and a cuppa. She had hoped to have reached the pub yesterday but a stoppage at Grove Lock had held them up overnight. Luckily C&RT finished their work on time and removed the stop planks, the other boats kindly letting Tench and NB Morning Mist through first. 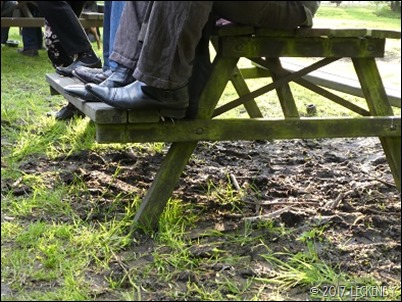 Kate and the other Heather accommodated the pub somewhat by delaying the start of the show so that people could actually eat their food that had taken so long in arriving. But the wait was very worth it. Idle Women is actually two performances written and performed by the writers, Kate Saffin and Heather Wastie recounting the story of the women who worked the boats during WW2. Tench and the company are recreating the journey that the boats and trainees took through the summer and performing as they go. Bulls Bridge to Limehouse, to Birmingham, to Coventry and then back to London. We hope that on our way north we can coincide with them again and maybe do a bit of crewing too. If you get chance to see the show do, most performances are free, but donations to their running costs are gratefully received.