A sunny morning waking up to green outside and not having to be up and at it straight away. That’s better. Although taking our time did mean that plenty of boats went past us on the way to the top of the Watford Flight. Oh well, no hurry. 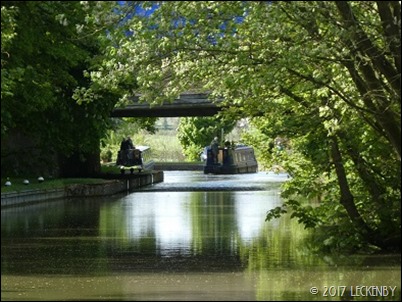 Only half a mile on the M1 rumbles over the top of the canal close to the start of the Watford flight. Ahead two boats were shuffling themselves on and off the water point, so we fell third in line to go down. Mick walked down the flight and found the Lockie to sign in, only one boat to wait for on the way up then we’d all take it in turns down the staircase. 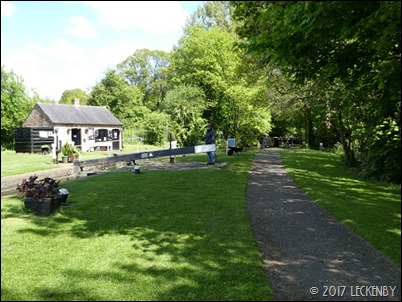 We helped get NB Salamander going down through the first single lock and setting the top of the staircase for them before we were on our way. I worked the locks, light gate beams and no negotiating the bend towards the bottom, Mick could do that bit. Apart from the noise from the M1 this is a lovely flight, the horse chestnut trees were in flower and the sun was shining. 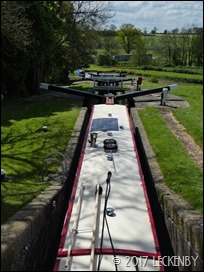 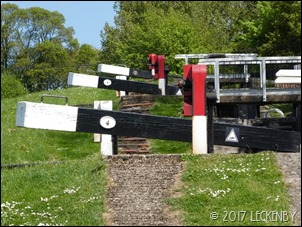 In the pound below the staircase there was a boat waiting to come up. The crew were chatting away watching as I worked Oleanna down, opening and closing gates, limping as I went. Have to say I did find myself limping that bit more as we reached the bottom and I opened both bottom gates as three people stood watching me. Down the next lock and the boat waiting below set the next lock for us, I made sure my limp was reduced and thanked them.

Meandering our way now away from the M1 towards Norton Junction. The yellow of the rapeseed fields isn’t quite so photogenic with a blue boat as it used to be with Lillian. At Welton Haven Marina we peered through the hedge to see if we could spot the Carefree Cruising Boats, just visible was our old shareboat NB Winding Down. We’ve been very surprised with all the time we’ve spent around Crick not to have seen her pass once. But at this time of the year we are unlikely to know the people on board now as all the original yellow share owners have sold up. 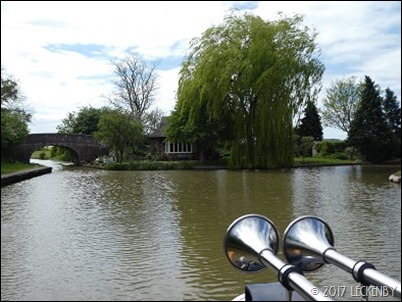 We knew we would soon be passing a familiar boat, it would be predominantly grey, but we weren’t expecting it to be NB Jubilee. With Halfie at the helm we had a brief conversation as we passed, they were heading up to Crick. No sign of the boat we were expecting along the 14 day moorings before the junction, but as we reached it we could see the red pram cover of NB Waiouru moored up near the top of the Long Buckby flight. This was the way we should be heading, but Mick turned us towards Braunston Tunnel instead, the wrong way! Then he reversed Oleanna towards the locks, the right way but the wrong way round! NB Waiouru is for sale, Tom and Jan are currently busy going through their possessions deciding what to ship back to Australia and what to get rid of. Their five years of exploring the canal network is coming to an end, but there are new adventures ahead for them. It was good to catch up with Jan and wish them well for the next chapter, hope Tom’s snooze was restorative. 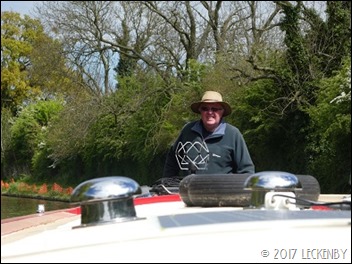 The ropes that Oleanna came with are fine, but we’d rather have thicker ones, my right hand cramps up with the ones we’ve got at the moment. So we continued heading away from London to see what Tradline in Braunston would have to offer us. This meant Braunston Tunnel, one of Mick’s favourites. There is a large bend part way through betwen 400 and 500m from the south portal, of course we could see someone coming the other way so Mick slowed down hoping we would pass on a straight bit. This we did and today there was no boat to boat contact, just a gentle grating noise from Oleanna on the tunnel side, luckily only a scrape on the rubbing strake not the cabin side. By now there was a tunnel light following us so when we reached the lock we waited for them to join us going down. 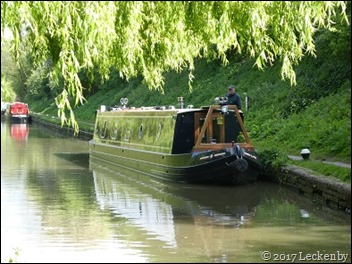 Our partnering boat stopped after three locks and we stopped after the forth. Even though we were moored within sight of the Admiral Nelson pub we managed to refrain and cooked on board whilst Tilly came and went. Plenty of woofers here so at times I stayed on the cat walk, occasionally I had to duck behind the grass so they couldn’t see me.Our boat seems to have shrunk! 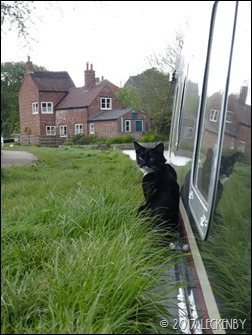 2 thoughts on “Going The Wrong Way! 5th May”