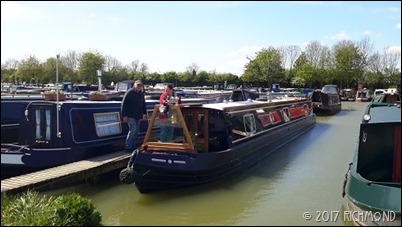 It’s taken us over five years, lots of patience, wrong turns, research, more patience, drawings, models and more patience to finally be setting off on our bespoke narrowboat Oleanna. NB Lillyanne was only ever intended as a bridgeing boat (as it were) whilst we waited for Oleanna to be built. Three years later we have finally started the clock on our ‘year afloat’, well that was the original idea, we’ve already got plans formulating for summer 2018! 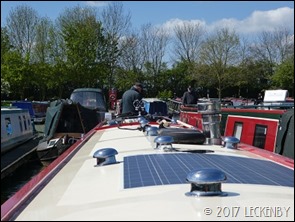 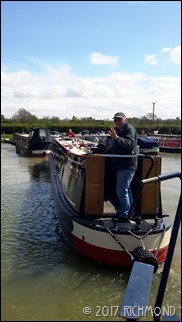 The last of the rubbish was disposed of in the marina bins, Houdini’s shelf ended up going into our neighbours shed for future possibilities (good it will have a third life), a new gas bottle purchased, electric and mooring fees settled, there was only one thing left to do, a visit to the garden centre.

Our friends Bridget and Storm gave us some bean plants when we saw them at Keadby a few weeks ago. My normal potting medium has been mole hills, but we haven’t come across any and we needed a bigger trough and some canes for them to grow up. Andy and Irene from NB Kamili came with us so that they could stock up on herbs, which of course meant a rosemary and parsley plant for us too.

With plants and compost stowed we were ready. The paparazzi arrived (Lizzie) to help record the event. Our trip from Sheffield was Oleanna’s maiden voyage, but today we were heading off on our new adventures, leaving Crick as we had done back on 9th June 2014 on Lillian. 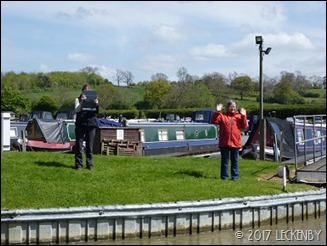 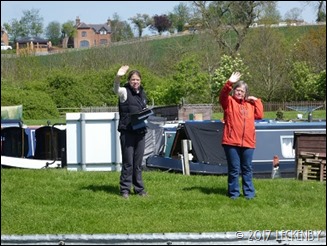 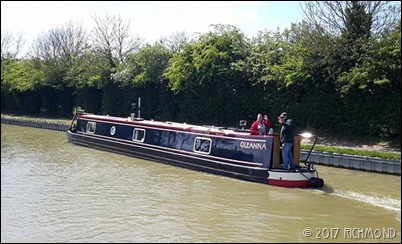 Of course the wind had got blustery just for us especially as we would have an audience. Andy stood on the rear of NB Kamili whilst Lizzie headed with Irene to the other side of the marina to take photos. Despite the wind the reverse out from our mooring went well, thank goodness we didn’t have to introduce ourselves to a new section of the marina as we have in the past. There were many waves goodbye from Irene and Lizzie as we disappeared from view. One last wave to NB Lillyanne as we passed by the brokerage moorings. 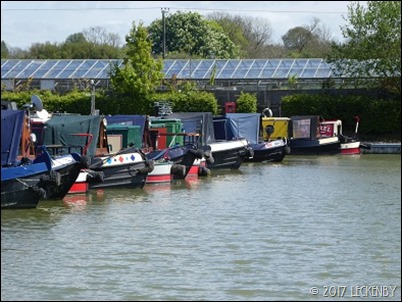 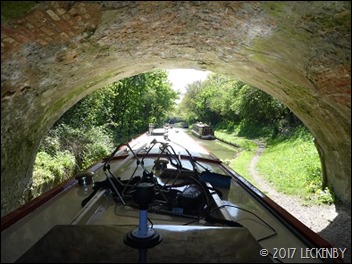 Tunnel mode was engaged with waterproof coats, Crick tunnel is always dripping wet even though there has been so little rain of late.

Shortly after we’d entered the north portal Oleanna reared up a little in the water, a couple of bumps under the base plate of something soft. Mick cut the engine and we glid over whatever it was. As we approached the mid point a boat coming towards us kept in the centre, he stayed there and stayed there, only just nudging slightly over. Luckily we had both slowed right down, we were as far over as was possible, so the inevitable happened, bump! He soon discovered that there was more room to his starboard side than he’d thought! 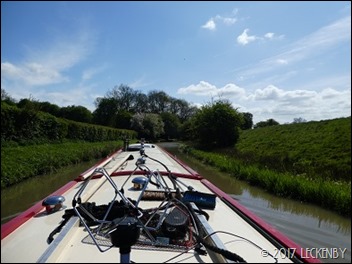 Once through to the other side and back in the sunshine it felt like our adventures could start properly. So what did we do, we moored up for the day. Well not quite straight away as we couldn’t get into the side! With all our possessions now on board, Oleanna is sitting low in the water, we think a bit too low, her gas vents are below the water line. There is some ballast that we can move from the starboard side, instead of moving it from one side to the other we may actually move it off the boat altogether. A bit further on the water was deeper and we managed to pull in with full sun on our solar panel. This will now become a deciding factor on moorings, the quality of sunlight. 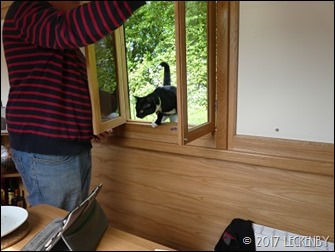 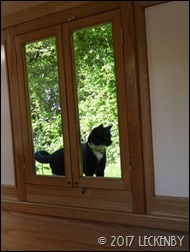 With the trip computer turned off, the music played! and Tilly was granted shore leave for the rest of the afternoon. With tail held high she spent her time coming in through the side hatch and then immediately exiting through the open rear hatch. As yet we still need to sort out Tilly friend protection for Oleanna so that we don’t swelter in the summer or have the patter of tiny rodent feet at night. 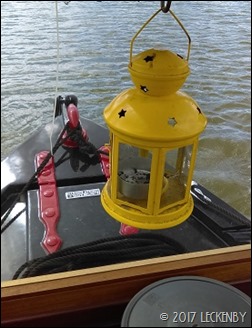