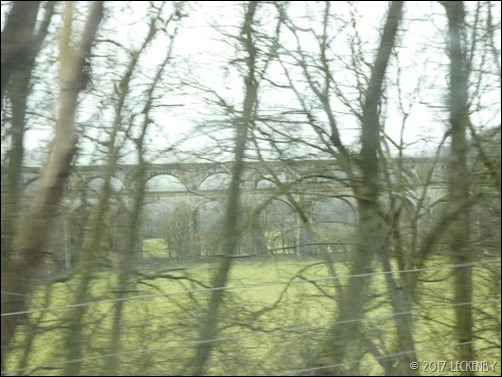 Still having the car for the majority of the day we decided to go for a recky trip up to Llangollen. In my younger years holidays in Wales always involved lots of rain and today the weather lived up to my expectations, it started to drizzle as soon as we stepped out of the car. 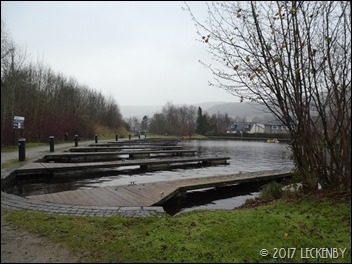 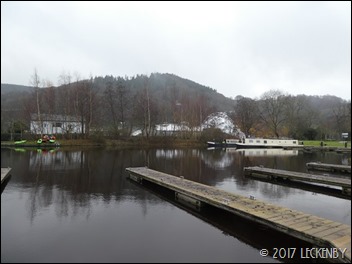 First we went to check out the basin moorings. Finding somewhere to park took us a while. The nearest roads to the basin are double yellow lined from September until June or July, but we found a 45 minute space which would do us today. Two boats were moored up at the furthest point from the path down and a group of kayakers were enjoying the water. Plenty of space for us right now, in the summer it can be really quite busy here. We had a chat to a chap from NB Yarwood who informed us that an Aldi and Home Bargains had opened up this year. Six years ago there wasn’t much choice in the way of shops. 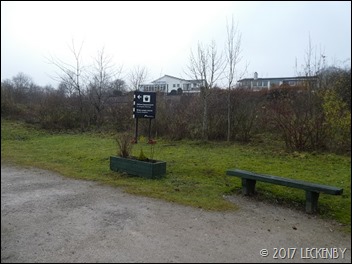 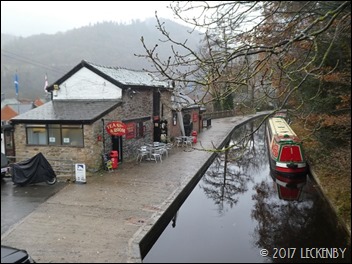 An end mooring will serve us best, mostly because of Tilly, she’s not accustomed to pontoons, sure she’d be fine but I really don’t fancy trying to scoop her out balancing on a gunnel. The friendly cover should keep her busy and I suspect she’ll wander a bit further for some taller trees to climb, but hopefully there’s enough to keep her happy whilst we unwrap, eat and drink. 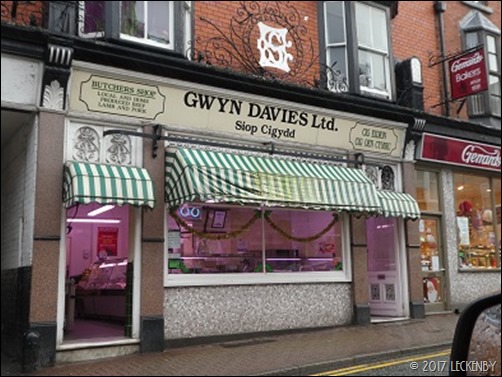 Butchers was next. I’d found a farm shop a few weeks ago who seemed to be taking orders. When I emailed them they responded that they’d send me a price list, which they haven’t, they also haven’t replied to my last email. It being a bit of a distance away we decided to see what the butchers were like in town instead. Google had suggested that there were two, but one seemed to be more a bakers. So the nice chap in Gwyn Davies got our order and our name was added to his list of duck eaters. With Christmas Eve being on a Sunday this year we’ll have to pick our bird up the day before. When I asked what their opening hours would be I got a similar response as I got last year, ‘5.30 until everything is picked up’. In other words don’t be tardy! We’ll be wanting other things from them too, so best not leave it too late anyway.

Next the Post Office to check if they do Post Restante. This is at a petrol station which has a sizable shop attached. After explaining that we lived on a boat the lady wrote out their address for me and they’d be happy to keep post for us, so we have an address this year. 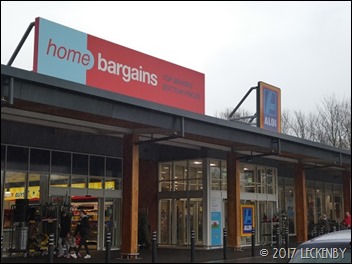 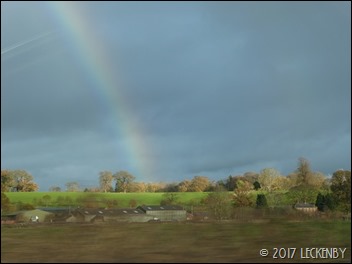 Aldi and Home Bargains had a visit, both very new stores between the A5 and the river. This was followed by some lunch before we returned following a rainbow back into England. 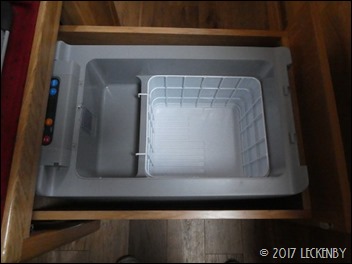 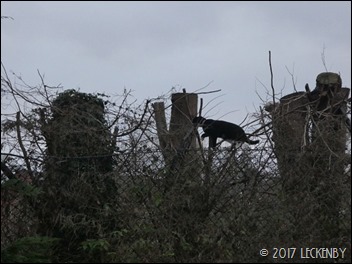 Tilly had a good explore, conquering some seriously pruned leylandii. Last week we managed too eat our way through the contents of the freezer to be able to defrost it whilst we were away. We put the last few bits from the fridge into it hoping that they would be kept suitably cool as it defrosted, which worked. So all that was left on whilst we were away was one light and power to the central heating, should the temperature have dropped. This all worked well, but did mean that today I had to mop out the freezer. Tomorrow  we shall stock up again and be on our way.