After an email yesterday morning our plans have changed. We no longer need to head south, apart from to pick up a parcel of fuses in Great Haywood. 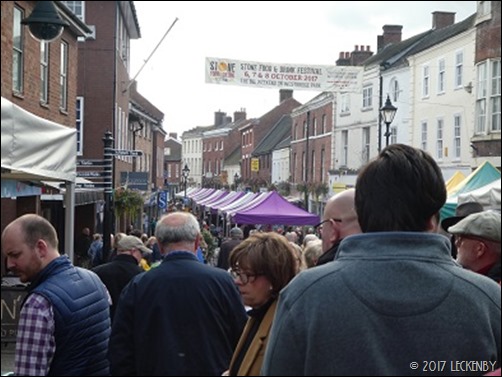 So this morning we could take our time looking round the Farmers Market on the High Street. It is held on the first Saturday of every month, but with it being the festival it is bigger than normal. Here we found what I felt was missing yesterday. If you were to come to the festival for just one day, today would have to be it so that you catch the market too. 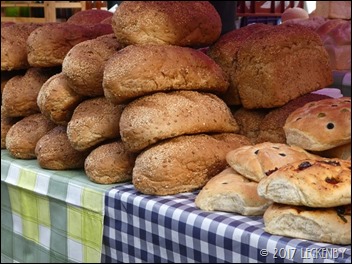 A few of the stalls were familiar from Macclesfield’s Treacle Market last year, well we are only 30 miles away. Today there was bread, meat galore, black puddings, cakes, bags(!), huge Russian pies rammed full of tasty looking things. The Port of Lancaster Smokehouse was there with masses of game 4 small birds for £10, I was tempted but our freezer is quite full. 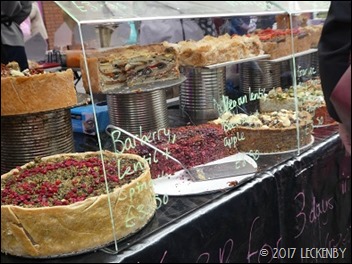 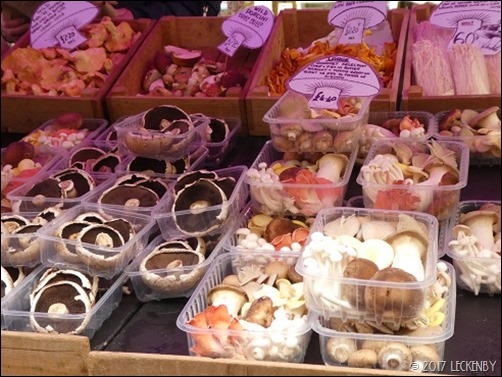 We had a good look round first. You never know where the best looking pies are, if you buy one at the first stall you might get pie envy five minutes later at the next stall. The mushroom man was here, I’d wondered what to do with a punnet last year on the Macc, but now I have two recipes that would be spot on for them. A gluten free meat pie and Black Pudding to try along with a big treat of a joint of beef. The only thing lacking was veg on the market, but the local green grocer provided us with what we were after and we went back to the boat with bags full of goodies to enjoy over the next few days.

After some lunch and emptying the yellow water tank we were ready for the off. We stopped at the water point two locks down to fill the tank. Mick popped to the chandlers and bought a bag of coal, sadly we’d missed a coal boat this morning (not Halsall) as we didn’t know of it’s existence until it had already passed us. 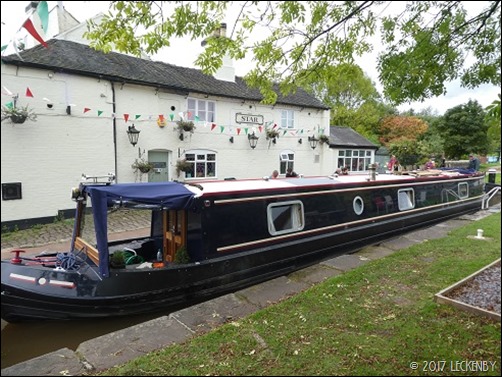 The Star had plenty of people drinking outside which gave us an audience as we passed down the last of the Stone locks. We were lucky to have arrived in Stone when we did as all but one mooring were taken through the town. At Aston Lock the local trip boat was coming up. The tourists had been having a look at the mile stone here, half way between Preston Brook and Shardlow. The chap at the helm, said ‘We always like to point out that this is the middle of the Trent and Mersey Canal’. To which I replied, ‘Except it isn’t, there’s around another mile from Shardlow to Derwent Mouth on the T&M’. He’s either got so used to telling his passengers this or wasn’t aware of the actual end of the canal, or maybe I was just being pedantic.

No more Farm Shop at Aston Marina, it is now all restaurant and The Boat House is a huge venue for weddings and such. 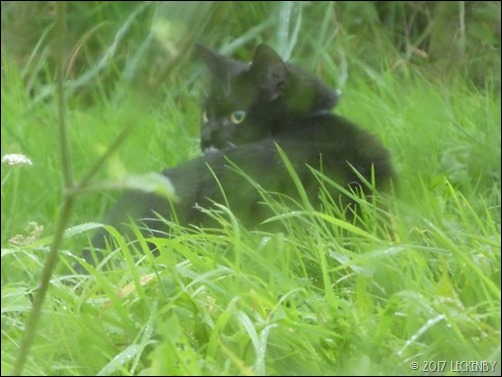 Onwards to find a mooring for the night, just far enough away from the busy road and railway with plenty for Tilly to explore. She made the most of it even though it started to pour down once we’d moored up.

Today marks our first six months on board Oleanna. She has lived up  to our expectations and more. If we won the Euro millions then maybe we’d change the windows for double glazing, air vent from the engine bay would move and we wouldn’t still be waiting for a third lithium battery! Here’s to plenty more cruising months and years. 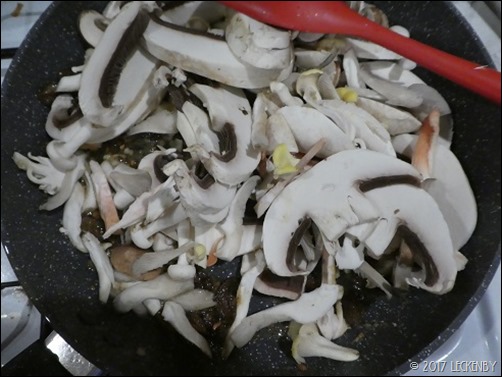 In the last six months Oleanna has travelled 962 miles, been through 541 locks and done 676 engine hours. Think she’s earning her keep!