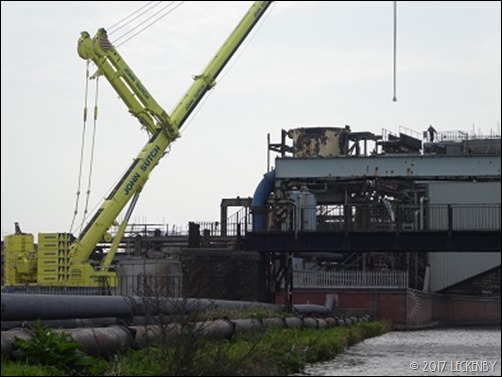 As we passed the chemical works this morning it seemed as though they were dismantling parts of it. A large crane was waiting patiently for the next section and a large gap had been cut through the pipe filled structure. Last time when we passed there were chaps painting one of the pipe bridges and there was still plenty of steam rising, so it is still operational. 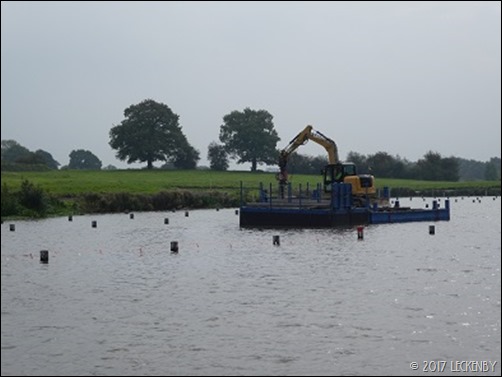 At one of the flashes work was continuing on building a new marina. Pile driving for pontoons was happening and there was the start to a building. It seems to be a one person development, so no wonder progress is slow. In years to come this section of the T & M will change, with HS2 and a new marina. We’re glad to have known it as it was and enjoyed mooring over looking the expanse of water that will, eventually, be filled with boats listening to the high speed trains. 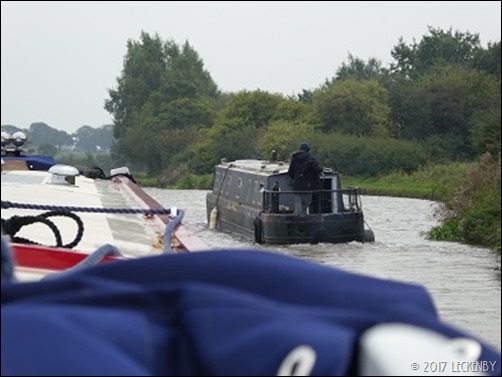 Up ahead we could see a boat that seemed to be having some trouble in the wind. He had plenty of revs on, but was making very slow progress. Maybe something round his prop. At the next flash Mick put his foot down and passed with ease, dawdling in the wind at tick over was proving tricksy. The chap said his boat had a poorly engine but didn’t need any assistance, really hope they aren’t heading far as it’s going to cost them a fortune in diesel! 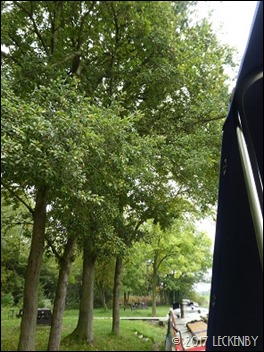 Under Bridge 177, Murder Bridge, and around a few twists. There was Bramble Cuttings, two boats were moored up leaving a space for Oleanna in the middle. We pulled in and looked upwards. Three trees overhang this mooring, an Ash (no problem), an Apple (tasty) and an Oak (full to the brim with acorns!). I’ve not really noticed the amount of Oak trees on the northern part of the T & M before, but at this time of year they remind you of their existence. Cruising along we’ve had acorns plopping into the cut all around us. At the stop lock you couldn’t help but crunch them under foot. Here they will be dropping on our roof. 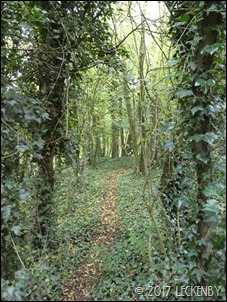 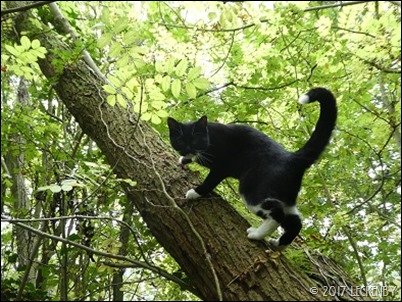 We filled the afternoon quite happily. Tilly was in heaven, plenty of trees to claim, friendly cover and holes to put her arms down. I collected some kindling to dry out before returning to some knitting and Mick decided to have a go at clearing the bow thruster. 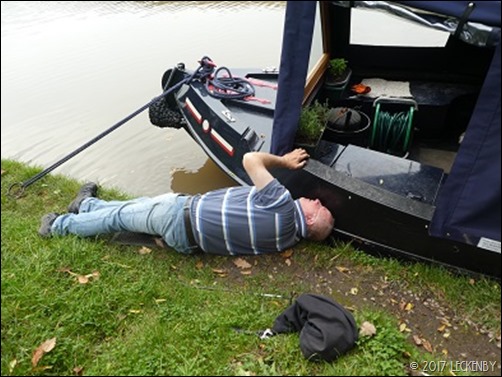 Now that we are moored port side in, it is easier to reach the prop of the bow thruster as it is off centre in the tube. Mick lay on his back to undo the nuts that hold the grill in place, looking like he had a problem. His tongue was working very hard! How he wished we had a weed hatch for the bow thruster. With one nut undone and the other partly undone he could move the grill out of the way to gain access to the tube. Using the prop mate he couldn’t feel anything around the prop, getting closer would help. Time for the waders! 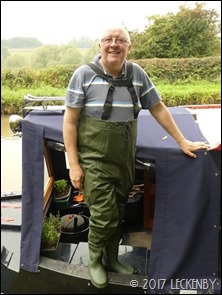 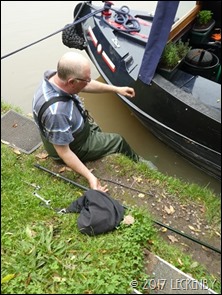 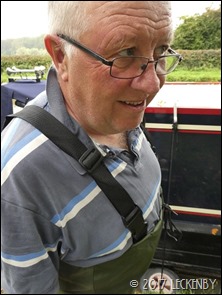 Now I did ask if he’d like assistance with them, I could see a life jacket moment coming, with twisted straps, but he said he was okay. They did look odd, then I realised that he’d got the strap that stop the braces from slipping down your shoulders at the front instead of the back. He checked the depth of water, really quite deep, sat on the edge, but then stopped. If he got in would he ever get back out again? Would he have to walk to find somewhere shallower to be able to climb out? Would the depth of water mean that as he leant over to access the tube that the waders would fill up with water? All these questions, only one solution, that was not to bother today. Maybe we should head back to the Lancaster where the depth of water wouldn’t be a problem at all. 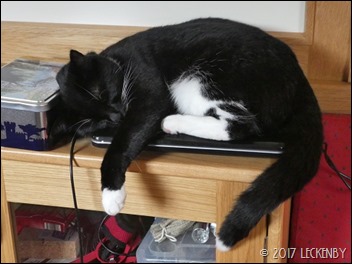 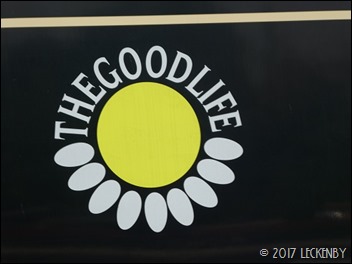 By late afternoon it started to rain, we lit the stove and spent the evening listening to the pitter patter of rain on the roof along with Donk, Donk! DONK! from the acorns!