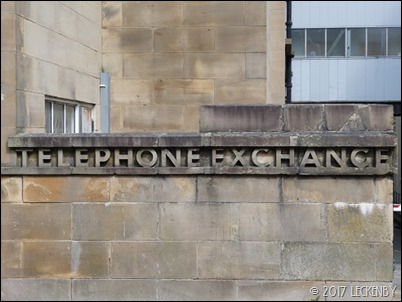 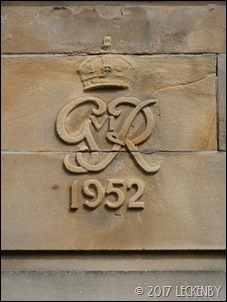 Today we tried to catch up on being tourists. Many buildings around Lancaster have dark green plaques on them denoting their importance as heritage buildings. Today there seemed to be an abundance of properties that had once housed architects who’d been kept busy during the Golden Age of the city. However the Telephone Exchange obviously didn’t warrant a plaque, although the date above the door did mean that it was built just as King George died, having a GR above the door. Wonder if anyone considered trying to change the initials to ER? 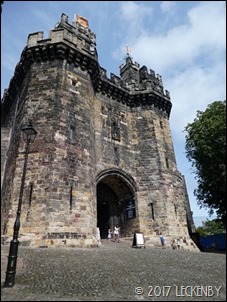 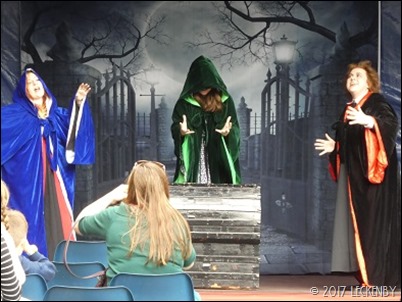 We headed to the Castle where today we had to pay to get into the grounds as it was witches weekend. In the courtyard you could watch the witches from Macbeth, other excerpts from plays to do with witches and some bits invented for the day. Flying broomsticks was popular with the youngsters, there were two chaps as instructors who seemed to have no end of energy. Wands could be bought along with staffs, witches hats could be made. You could buy owl tat, cuddly toys of all sizes. 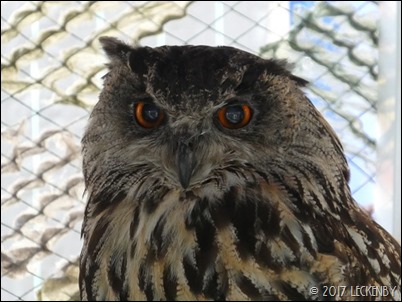 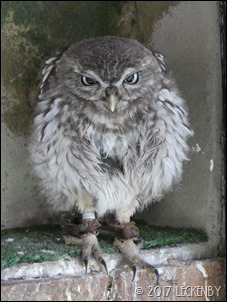 Then there were real owls on display. Non of them looked too happy at the crowds, including us, staring at them. So the stared right back, we lost the competition as we blinked first. 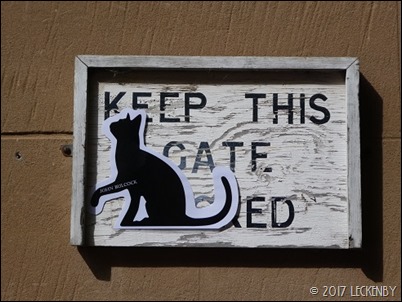 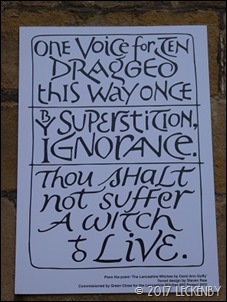 Around the courtyard were silhouettes of black cats that had names on their paws. Large posters with a poem on witchcraft from Carol Ann Duffy surrounded huddled bundled cream figures processing their way across the yard in line. 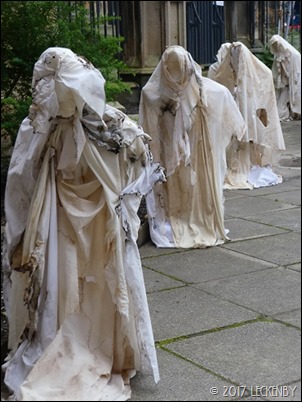 These figures were quite haunting and far more interesting than everything else which was all a bit too Harry Potter. Ailsa Read, the artist, came up to talk to us about the haunting figures. She is doing a PHD in witchcraft and is particularly interested in the Pendle Witches who walked 51 miles from Barrowford to Lancaster Castle for their trial. Those found guilty were hung and then their bodies were burnt. Today marks the 405th anniversary of their deaths, hence the witch weekend.

The Pendle Witches were executed for having bewitched to death ‘by devilish practices and hellish means’ no fewer than sixteen inhabitants of the Forest of Pendle. Alison Device is said to have approached a peddler to beg, he told her to go away and carried on walking. She took umbrage and cast a curse on him. The peddler walked a short distance further on and was suddenly struck lame, one side of his face dropped and he was paralyzed down one side. Now a days we know this to be a stroke, but then it was the curse and witchcraft. There is a lot more to the story including a black dog but this is the basic gist, you can read more about it here. An investigation took place, based on questionable evidence and accusations, twenty people were taken to trial, the majority were women. Ten were found guilty and sentenced to death. 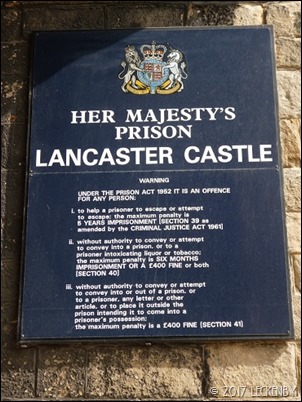 A tour around the castle was in order, so we bought an explorer pass for £20, this would give us access to other museums around Lancashire too for a year. Much of the tour is around the civil and crown court that are in the castle, so no photography was allowed. We were shown the Shire Hall where civil matters are settled and got to sit in the ladies gallery where ladies went to be seen and watch the cases that now would fit on the Jeremy Kyle show. You can now get married in this room and if it doesn’t go well, you can also get divorced here. The crown court is a far darker room made to intimidate the accused and make them confess. We heard how if you had been caught for stealing say a loaf of bread you would be kept in prison until your trial, which might be six months. With no defence or even a wash your trial would last about fifteen minutes before you were sentenced. If found guilty you would be branded with an M on the palm of your hand and possibly deported to Australia for seven years hard labour. If what you’d stolen was of greater value the sentence would more likely to have been death. To this day when you give evidence in court you are asked to make an oath and raise your hand. This was so that the court could check to see if you were branded. 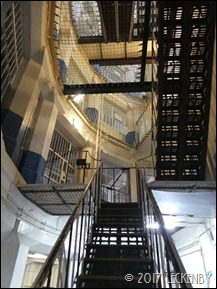 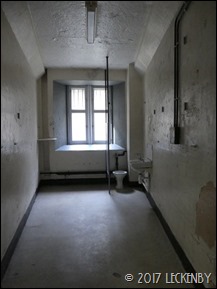 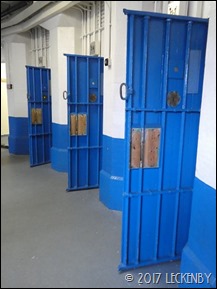 We got to see other parts of the castle, including the drop room where people were prepared for hanging and the large door that was opened to access Hanging Corner. Holding cells for the accused, where you might have been for six months awaiting your case. Then we were shown Cell Block C. Here we could take photos. The courts are still very much working, but the prison closed in 2011. C block is a panoptican design, being a semi circle. The cells were around the outer edge and the guards in the centre able to watch the prisoners every move. Hard to think that two prisoners shared these cells up to such a recent time. 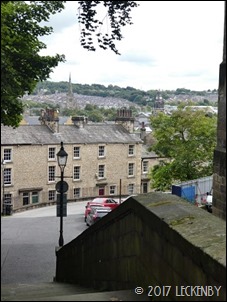 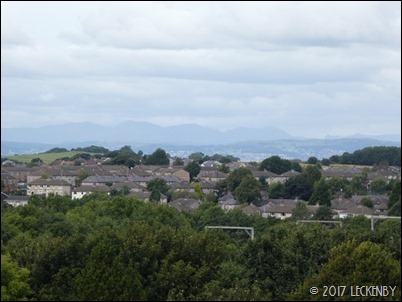 The walk to the Maritime Museum gave us fantastic view over towards Morecombe Bay and the Lake District. Steep steps brought us down past houses to St George’s Quay and the River Lune where the tide was going out. 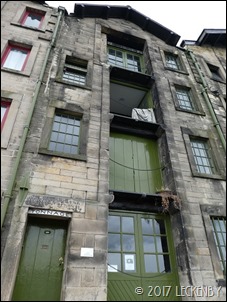 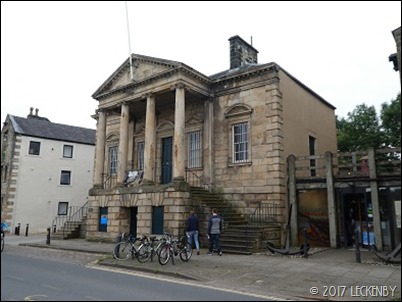 The old warehouses on the quay still stand high all now with different purposes. The Maritime Museum inhabits the Customs House and one of the warehouses, both fine buildings. By the time we’d had a sit down and a cuppa we didn’t have long to look round. In the end we were the last people with a chap closing doors and blinds behind us. A shame as we didn’t get chance to read much. I was left wondering why there were two Jims in the packet boat and only one Rosie. 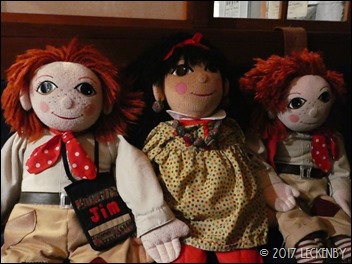 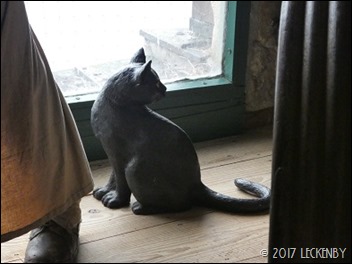