One important job to get done today, take the life jackets to be serviced ready for the Ribble. So Mick set off with all three of our life jackets and got a train out to Sandhills to Norwest Marine. We can pick them up on Friday. Somehow Mick’s jacket had managed to inflate in it’s bag a few months ago, so he has been using my original one. We last had them serviced a couple of years ago, you should really get them done every year. It is an expense, but far cheaper than replacing one of us. 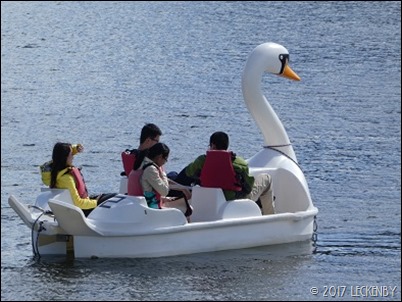 I went to have a look around John Lewis. Our wine glasses have reduced in number, we are down to three now and our lidded saute pan is becoming a stick pan as it’s non-stick surface is wearing out. So I did a recky on the ground floor and then found myself standing on the escalator heading for floor three. A few days ago I was asked if I’d be interested in doing some knitting workshops for a project happening in Scarborough. I used to knit a lot and ended up doing quite a bit of knitting for shows at the theatre. But since my accident a couple of years ago I turned to crocheting and taught myself the basics as using a hook was much easier than needles. If I’m going to do workshops I need to be able to knit and pearl myself. So I spent some time looking at patterns and then selecting some chunky wool for a project. I can’t say too much as it will spoil a Christmas present for Mick, but then he’ll get to see it in the making anyway. Here’s hoping chunky wool is the way back into knitting. Just have to remember where I put all my needles!

Four narrowboats and a wide beam arrived at 2.30, all successfully avoiding the pedalboat swans. Luckily none of the boats replaced our next door neighbour who left this morning, so our view has slightly improved. 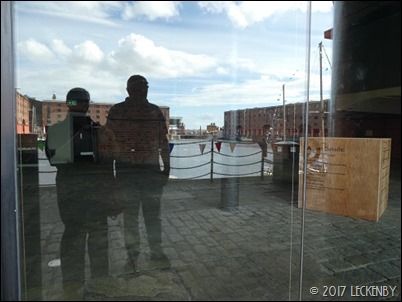 This afternoon, after England won the cricket, we went to have a look for somewhere to eat this evening. We had a wander around Albert Dock where much of the food is burgers, pizza and pasta and then crossed over into Liverpool One to see what we could find there. A better selection was to be found high up on the terrace. Late afternoon we were joined by our friend Frank and his friend Helen. Frank had been doing a bit of carpentry work in Helens school in Warrington, so they had decided to come over and spend the evening with us. It was very nice to see them both. I think Frank is now the most frequent visitor we’ve had since moving onto Oleanna. They brought with them a mass of fruit and beans from the school garden. Plums, apples, runner beans and green beans, half a boat full. I think we may turn green by the time we’ve eaten them all. I might have a go at blanching and freezing some, maybe even make a frangipane plum tart, who knows. 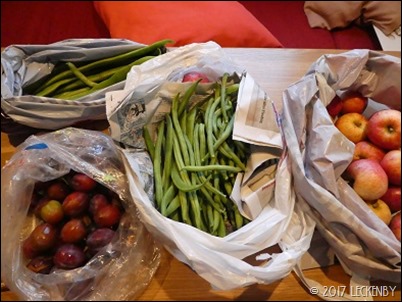 We had a very nice meal in Wagamamas along with a bottle of wine and lots of conversation before they caught a train back to Warrington.