Cosgrove to Elliots Bridge, Bugbrooke
Anne’s boat and friend passed us again whilst we were having breakfast, we really should try getting up earlier! Soon we were on our way too pushing off just before a boat appeared around the corner. But we were travelling at a similar speed so it didn’t bother them. NB Franksalot and NB Marmite passed, a lot of boats are now quite familiar to us along this stretch. The sun was back out, but at a cooler temperature than a few days ago it was rather pleasant. 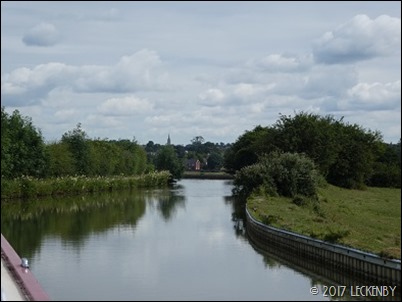 We pulled over for a while to check on a report that we had received about our house in Scarborough. Two differing theories to the problem now. Which one is right or are they both right? 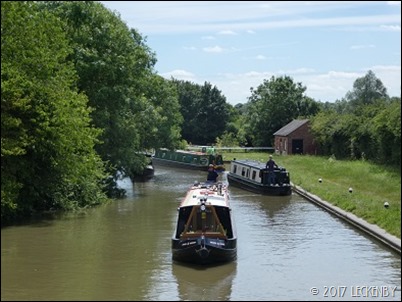 This of course meant that a potential locking partner passed us and had started the Stoke Bruerne flight before we got there. However a hire boat was just finishing filling with water and was ready to ascend with us. The crew quickly mentioned that they were very new to locks and this would be their first upwards lock. So I talked them through what to do as we worked the boats up. The next lock was set against us, but two boats appeared and came down, swapping in the pound between us. However the lock above was being filled by a boat, so once our boats were rising I suggested that someone go and empty the lock above now that the boat had exited it. The lady walked on up.
I could see that a top gate had opened itself and she was looking a bit puzzled being on the otherside of the lock, so as the boats were happily rising I walked up to help close the gate and empty it. It was a good job as she had considered just lifting a bottom paddle to empty the lock and pound above, which would mean that we could go straight through it to the next one! Locks needed explaining to her and she soon realised what a bad idea that would have been. 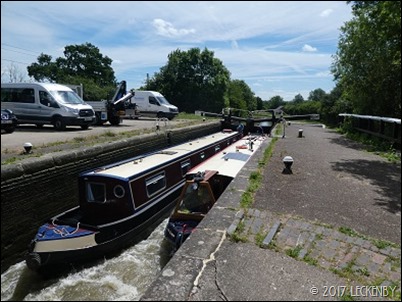 We shared the first five of the flight and then our partners stopped for the day in the long pound. Outside The Navigation there was a chap with one of the longest drill bits we’ve ever seen. It was about five foot long. He was drilling down to then pump resin into the whole presumably to help stop leaks from the canal. Small bits of blue roll stuck up from the holes he’d already filled. 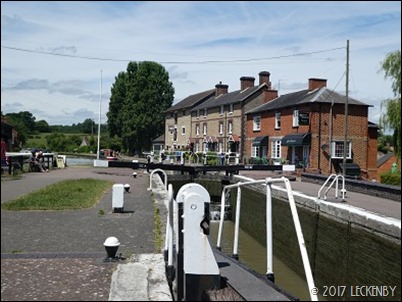 The top lock was full and a boat just appeared around the bend ahead before I started to reset it. So Mick trod water in the pound below whilst I waited for the boat to arrive and descend. It being lunch time there were a few people out enjoying a pint or two in the sun watching the boats. A stop for lunch was needed and to get the life jackets out for our trip through Blisworth Tunnel.
In Braunston this last weekend there was the Historic Boat Rally with boats breasted up 6 deep by the entrance to the marina. Today we were going to start encountering those heading back south. The first one passed us before we pulled out from our lunch mooring, the next in the tunnel along with three other narrowboats. One chap commented that our tunnel light was too bright and he couldn’t see anything, it was pointing at the starboard tunnel wall not even the roof,no-one else made a comment. We tried out Micks new torch pointing it towards the ceiling at the stern, this illuminated a huge stretch of tunnel. We were worried that this might be too bright for oncoming boats so made sure it was turned off long before they got close. 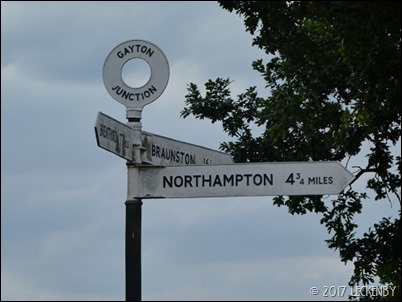 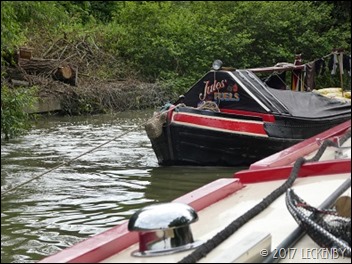 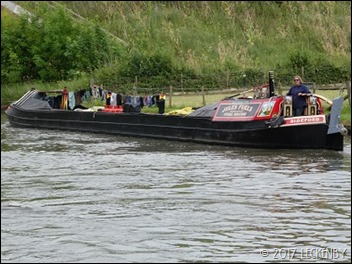 Popping out the other side of the tunnel we now wanted to get as far as we could before mooring up for the day, yet giving Tilly some shore leave too. Straight on at Gayton Junction and shortly afterwards we met the first of a couple of pairs. Jules Fuels Towcester and Bideford had a very long line between them and of course we came across them at a bridge. The chap on Towcester indicated that he was towing so we pulled up and waited. A while further on was another pair but on a much shorter rope. Which is easier, to steer a butty on a long or short rope? 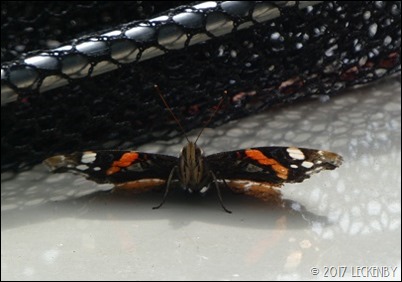 Bugbrooke came into sight so we waved towards Unusual where our friend Lizzie works before deciding to call it a day by Hayford Fields Marina. Here I got to make friends and brought them home to play with. I know that they don’t approve of my friends so we stayed outside on the towpath. Good job as all the doors were very quickly closed! A little behind where we had planned to moor up for the day, but we are still on course. Just a shame that we didn’t pass Anne’s boat again.