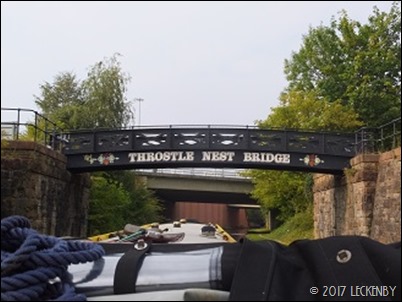 The wallpaper on our laptop changes a couple of times a day to images that have been saved on it. As we bought the laptop when we moved on board the photos are of our cruising over the last three years. Most of which we can still identify where they were taken. This morning when the image loaded it was the one above on the Bridgwater Canal in Manchester. 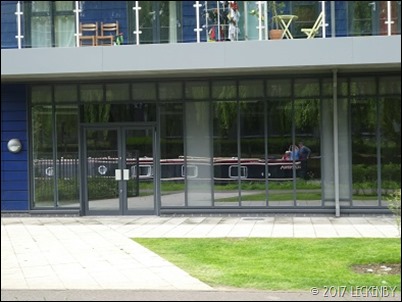 Today we continued our approach into London with the aim of joining the continuous shufflers. Last time we tried to arrive as early as we could hoping to arrive as someone else was leaving Paddington Basin. But this hadn’t worked, so we decided to take it more leisurely, anyway we had a passenger to pick up. We pushed off at 9.15 and slowly pootled along past numerous moored boats. Three quarters of an hour later Mick could see our passenger, Christine (Mick’s eldest sister) walking along the towpath and we handily met her at a bridge where she could step on board. 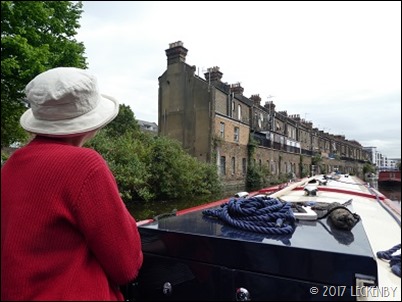 Only a short distance on and we pulled over to the off side where there was an elsan point and we hoped some water. Sure enough there was a tap from which we could top up the tank. Just as Mick hopped off Oleanna a lady walked up towards us saying “Excuse me!”. We thought she was going to tell us to move on, but instead she said “What a gorgeous boat”. Thank you we like her too! 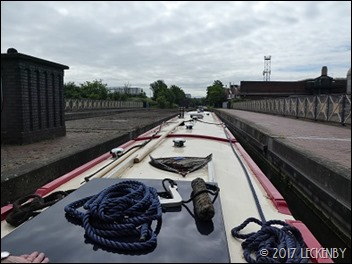 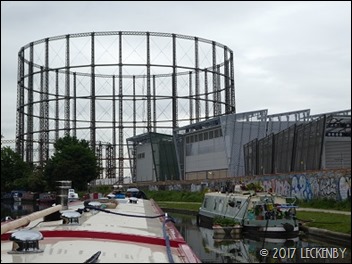 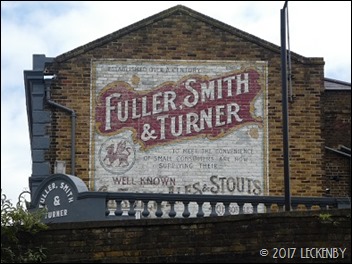 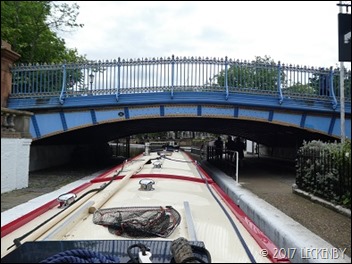 Once topped up we could carry on at slow speed pootling our way towards Little Venice. This is the third time we’ve done this journey and we gradually cross off the sights as we go by. The north circular with it’s aromatic smells, Old Oak Common Sidings with shiny new trains, Kensal Green Cemetery, the gasometers, Spiderman still clinging on, the weird garden memorials, the West Way still with a space to moor under it free. 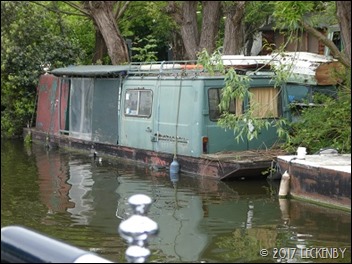 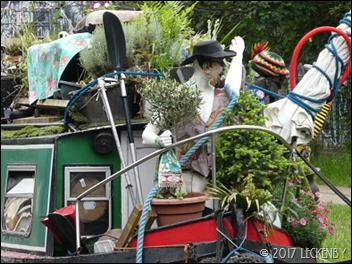 Then for the final mile we started to look out for spaces to moor. As we came under Ha’penny Bridge we could see a widebeam up ahead. Where had it come from? Would it have left a big space that we could fill? There were a couple of places where we could have breasted up, but we decided to try further along. The widebeam must have been a boat that came past us earlier this morning luckily it turned left at Little Venice and headed towards Maida Hill Tunnel. 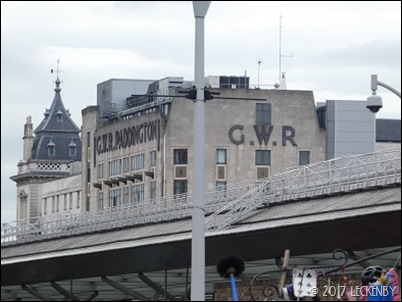 Two boats were on the bookable moorings at Rembrandt Gardens. A couple of months ago we’d looked at booking one of these, but there was only one day available this week. Mick had even tried calling C&RT the other day to see if there had been any cancelations, but there were none. By now we were both feeling a little apprehensive as there wasn’t much water left to moor in. Outside the entrance to Paddington Station was a boat that had turned at Bulls Bridge yesterday, but no spaces. Turning the bend past the fixed boats we could quickly see that the pontoons were all full. A line of breasted up boats outside the hospital. But then at the end of the moorings we spied a gap, would there be anything to tie up to? Two cleats sat just waiting for us to pass our blue ropes round. We pulled in and tied up, Phew! Maybe the cormorant pooh had been lucky. 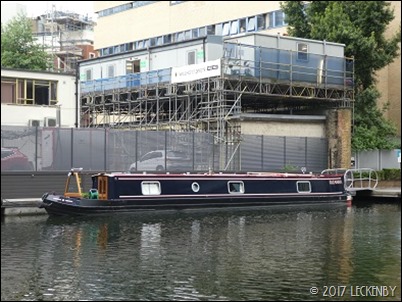 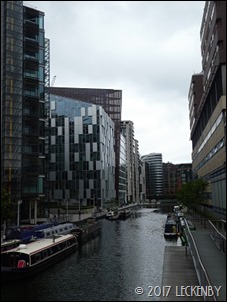 Cuppas all round and some Spinach and Ricotta rolls to fill a gap. Sorry Frank no photo as we ate them all too quickly. It was lovely to have Christine with us on the way in and we’ll be seeing her again later in the week. 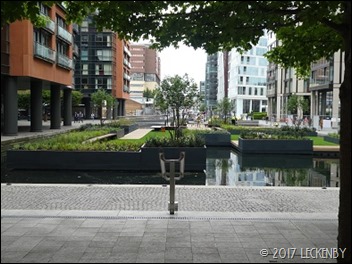 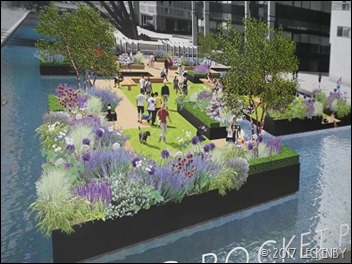 This afternoon we’ve had a wander around and been to Maplins. At the end of the basin, past the fan bridge is an area that you can’t moor in, it always looked really shallow. Today people were working on some pontoons which make up a floating garden area. It is due to open before the end of the month and will have a mooring for a trading boat to sell drinks from. Grass, seating and raised flower beds make up the garden which certainly brightens up the end of the basin.