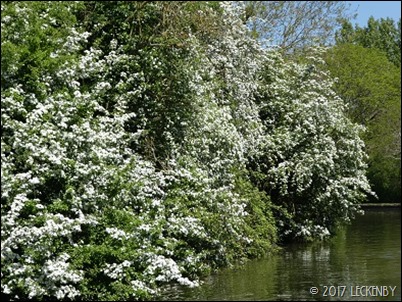 A perfect day for cruising, so that’s what we did, well for the morning. The hawthorn hedges are starting to turn white, yesterday their aroma was stronger than today, maybe that’s because we were in the countryside more yesterday. 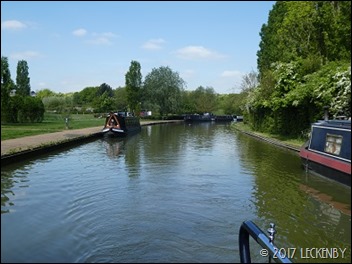 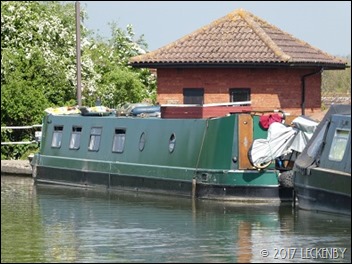 The route the canal takes through Milton Keynes is very rural and only the number of modern road bridges crossing it and outcrops of rather ugly houses give it away. At Gifford Park services we passed NB Valerie, the hose was out but we couldn’t see Jaq to say hello, so we trundled past. Most of the recognised visitor moorings seemed fairly empty whilst elsewhere there were plenty of boats. This is the first time we’ve passed Campbell Park and there has been any space, in fact today we could have had a choice of where to moor with only one boat on the off side moorings.

We pootled along under bridge 84 which in the winter of 2014/15 was closed for months to be rebuilt. This kept us south for longer than originally planned that winter. Today it still looks good whereas others along the stretch have quite scary cracks in them. After a couple of hours we pulled in at the end of the moorings at Fenny Stratford, this end was closer to the shops we wanted to visit. 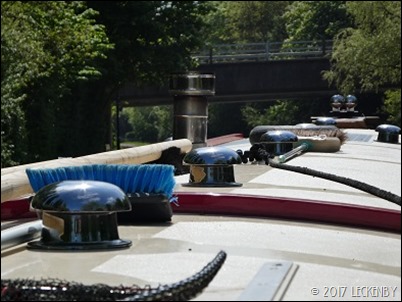 Fenny Stratford has quite a reasonable sized retail park nearby, within walking distance of the canal. First port of call was B&M to purchase new folding stools. We had left the three on board Lillian, so new ones were needed. They aren’t the most comfortable of seats, but once I add an extra pad to the seat I’m hoping they will improve. We have been missing them, especially Mick who now we had new ones could get his hair cut on the towpath again. 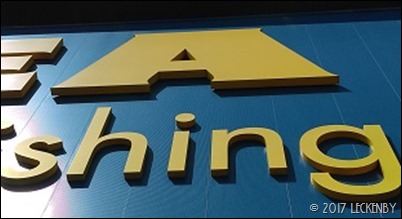 Tescos let us down, they had really good door mats the last time we came through, but today they weren’t up to scratch. So onwards to Ikea. Jaq’s last post (NB Valerie) had described a visit to Ikea in 2011 and the route that Les had taken her by holding her hand and running across the busy roads, scrabbling through bushes to reach the giant blue and yellow building. We’ve only been once before by foot and had a similar experience, today we were going to try our best not to get flattened so studied our google maps closely. That didn’t really help, one underpass and a crossing reduced the number of exceedingly fast roads to cross, but then we still had the two lanes at a roundabout. This was my first excursion without crutches and I wasn’t about to run anywhere even if Mick held my hand, so we had to wait for a suitable gap to appear followed by a scramble through a hedge to reach the car park. 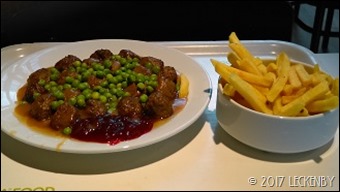 Before anything else we headed straight to the restaurant mainly so that I could have a sit down, whilst we were there we found ourselves filling up with meatballs, oops! Then the list came out and we decided that there was no need to walk all the way round the showroom, which was a mistake as kitchen utensil hanging rails are found in the kitchen department not the market place!

Plenty of storage boxes were measured to check that they’d fit where needed, we now have all our nightlights in a box (except the lid won’t close). A new big sized roasting dish, extra plates, some new bed linen, we worked through the list crossing items off,. We now had a full trolley and three Ikea bags one already full with stools, so instead of borrowing a trolley like Les and Jaq did we got the number of a taxi firm and rang them. 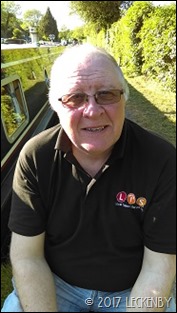 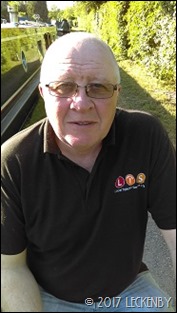 We definitely now live in a different world. Once Mick booked the cab he then kept receiving text messages to say that the car was on the way, it’s make colour and registration number, that it was a minute away and would we like to watch it’s progress with their app! It all worked fine but being told ‘It’ll be five minutes’ would have sufficed. Dropped off at the end of the lane close to the boat we only had a short distance to walk heavily laden. Now where to put it all, well that was easy apart from the new roasting dish, I think we need an extra shelf in a cupboard.

There was a space a little further away from the road so we moved Oleanna up waving at the lady in the end house who waved back and Tilly headed off to explore. One of the new stools was put out onto the towpath and my boyfriend soon returned, replacing the long haired old chap I’ve been sharing Oleanna with for the last month. That’s better!

2 thoughts on “Today We Went Shopping And We Bought….. 10th May”